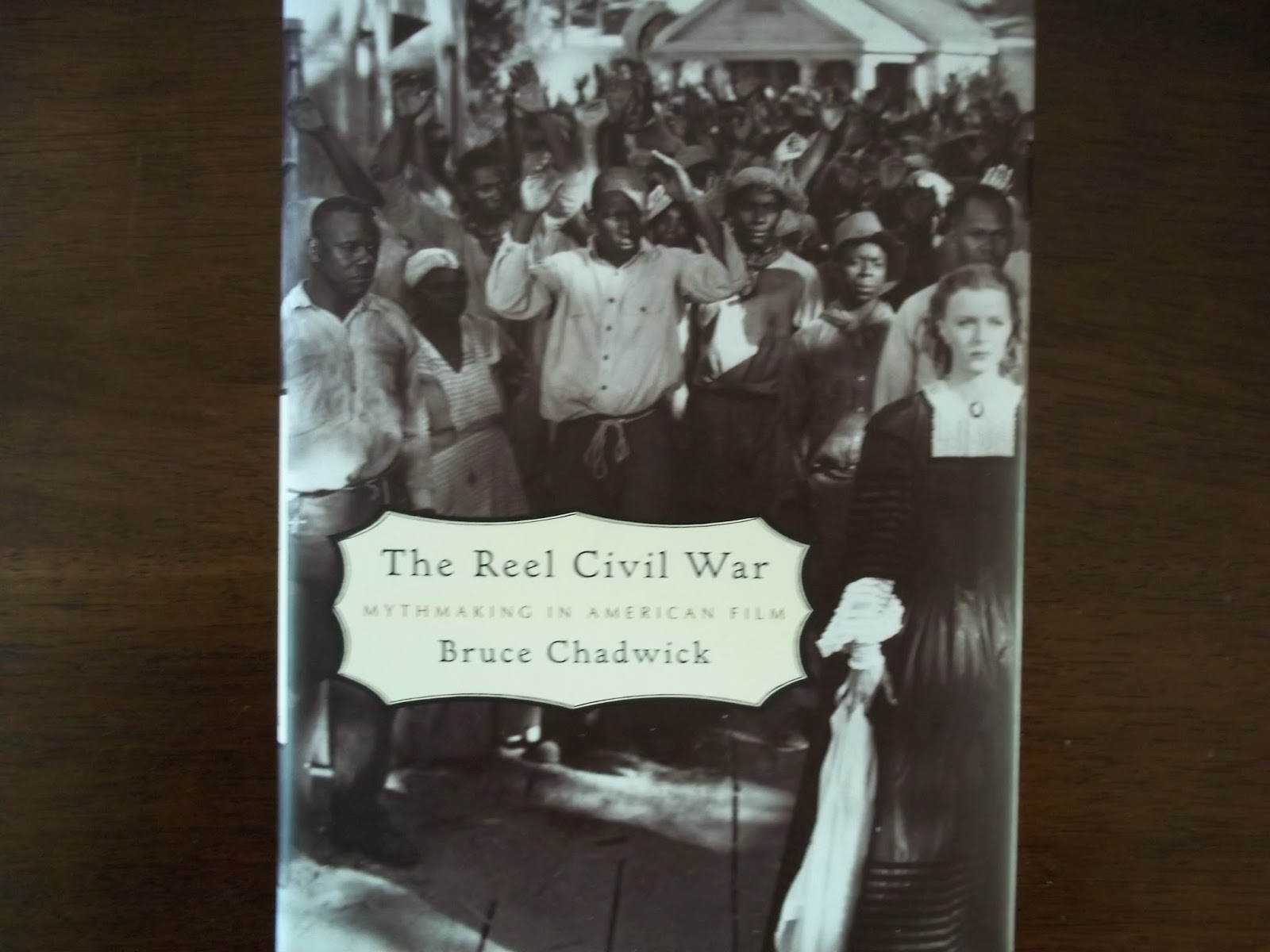 One of my latest purchases from Edward R. Hamilton Booksellers is THE REEL CIVIL WAR by historian Bruce Chadwick. There's really not a lot of books out there that discuss Hollywood's treatment of the Civil War, so this one piqued my interest.

Chadwick's main thesis is that the aftermath of the Civil War demanded a reconciliation between North and South. As part of that reconciliation, various aspects about the war (including its cause) were changed, or dismissed, by chroniclers and historians. Both sides were made out to be noble and brave, and any untoward incidents or factors of the conflict (especially slavery) were barely reported.

Chadwick contends that the first Civil War films, made in the silent era, showed a war where the South was without fault, and slavery was almost a non-issue. Chadwick maintains that throughout the 20th Century, this view of the Civil War still dominated Hollywood, and made its way into the consciousness of most Americans.

The best parts of the book are where Chadwick discusses the Civil War movies of the silent era (I did not know that there were so many silent films made about the war--it was a hugely popular subject for producers until America entered the first World War). Of course Chadwick delves into the making and reception of D. W. Griffith's THE BIRTH OF A NATION.

There is also a chapter on how Hollywood has portrayed Abraham Lincoln (I would love to know what Chadwick thinks of Daniel Day-Lewis' Lincoln--this book was published in 2001). It's no surprise that GONE WITH THE WIND is covered (Chadwick doesn't seem too fond of it), and there are chapters on how the Civil War was integrated into the American Western, and the impact of the TV miniseries ROOTS.

This is a good book, and it will interest film buffs, but there are a lot of movies that the author does not discuss (the chapter on the Civil War Westerns could have been longer....heck, that could have been a whole book by itself). Chadwick's viewpoint that most movies touching on the Civil War try not to offend anybody (well, try not to offend white viewers) is a valid one. Even a recent film like GODS AND GENERALS seems to bend over backward to make sure that North and South are both seen as "noble".

I purchased this book for $5--I don't know if I would have payed full price for it. Most film buffs are history buffs, so a book like this has a wide potential audience. I do have to say that I don't think it is the definitive book on Civil War cinema. One more thing--if you happen to be a Southerner, or if your family has lived there for generations, you are probably not going to like some of the opinions of the author.

2. THE GOOD, THE BAD, AND THE UGLY--Ennio Morricone

4. ON HER MAJESTY'S SECRET SERVICE--John Barry 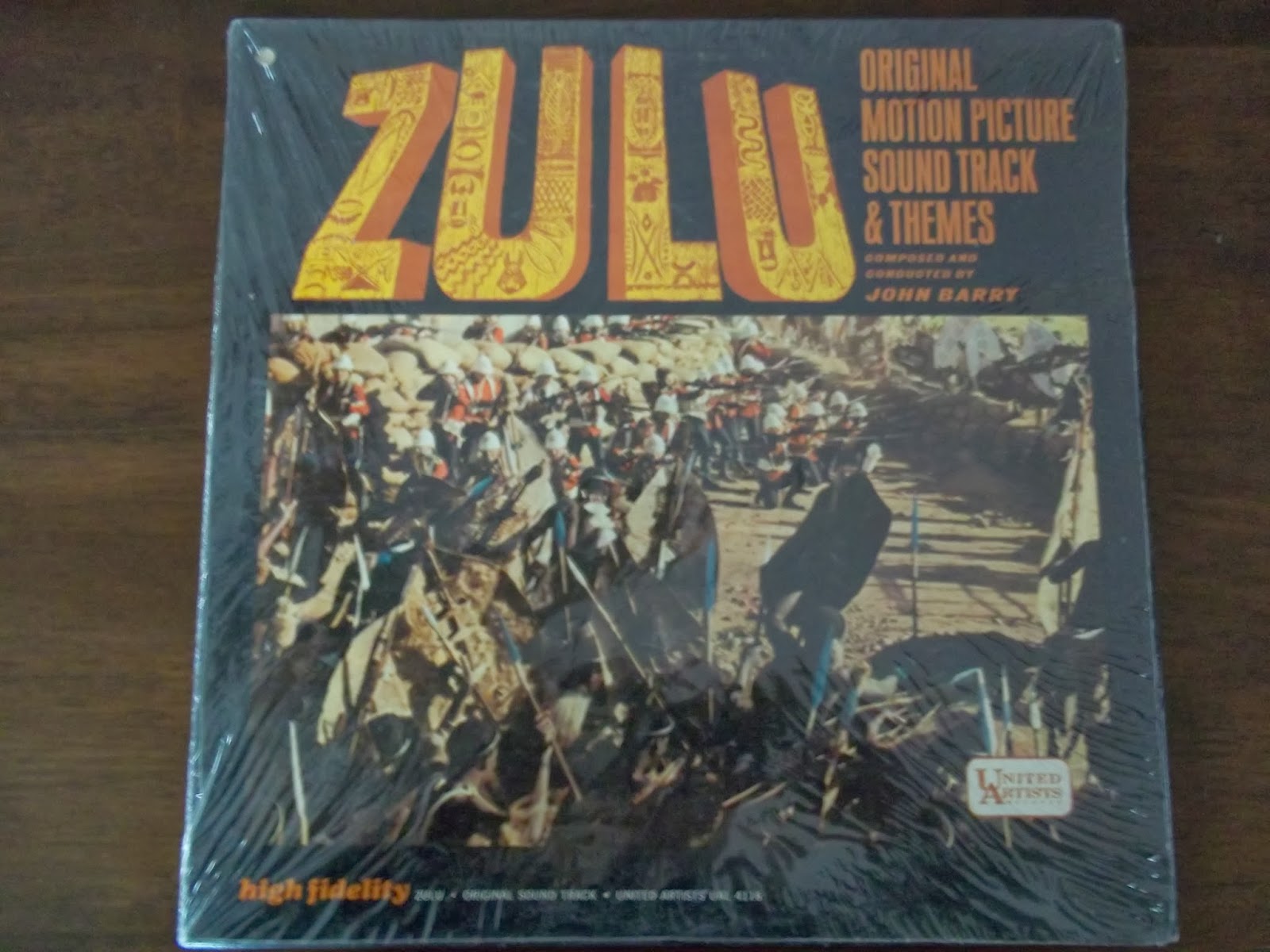 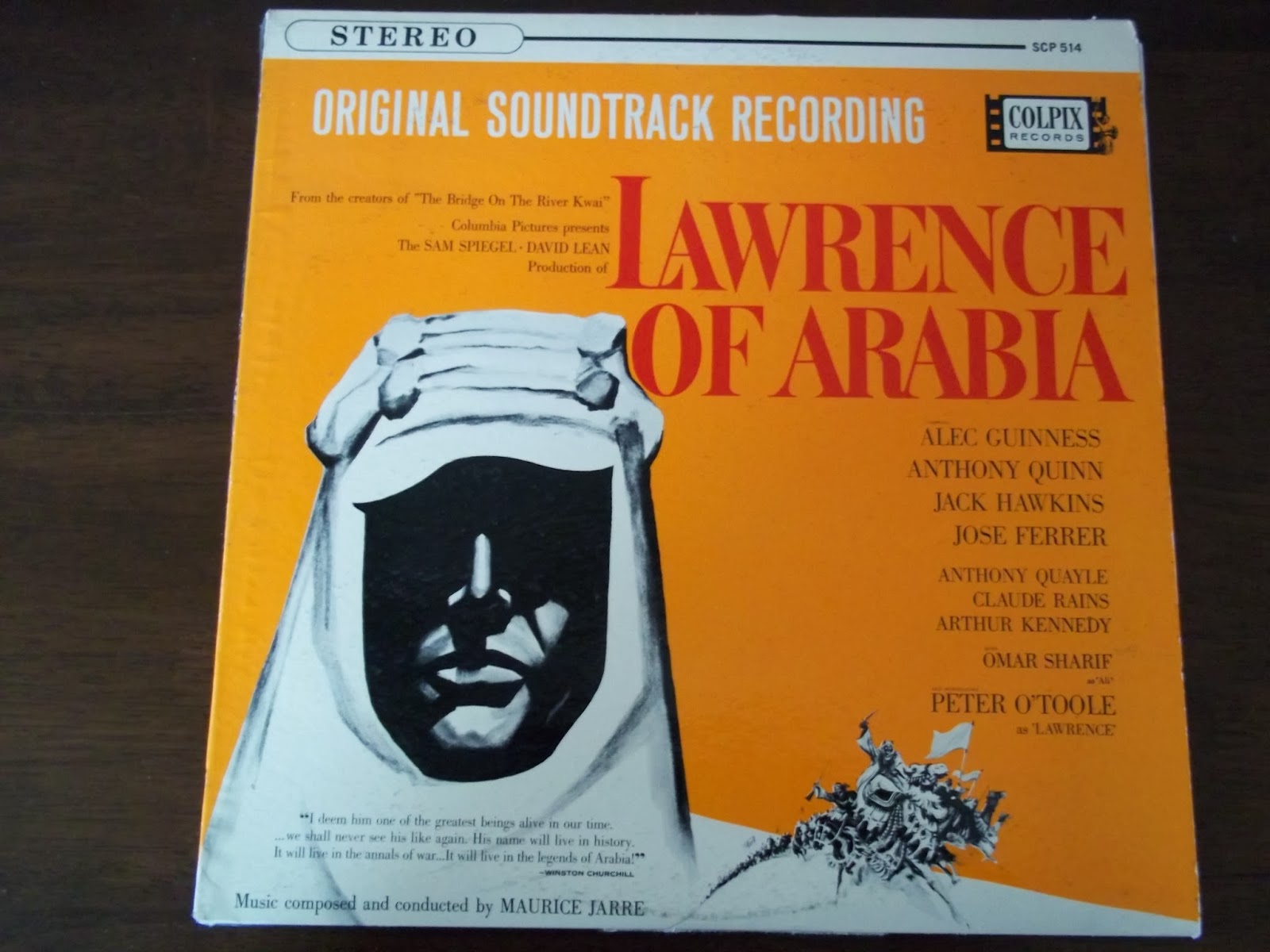 
HONORABLE MENTION: EDWARD SCISSORHANDS-Danny Elfman; RAIDERS OF THE LOST ARK-John Williams; THE ALAMO-Dimitri Tiomkin; DANCES WITH WOLVES-John Barry; THE HAUNTED PALACE-Ronald Stein; THE SPIRIT OF ST. LOUIS-Franz Waxman; STAR TREK: THE MOTION PICTURE-Jerry Goldsmith; and just about every other soundtrack Ennio Morricone did.
Posted by Dan Day, Jr. at 8:01 AM 2 comments: 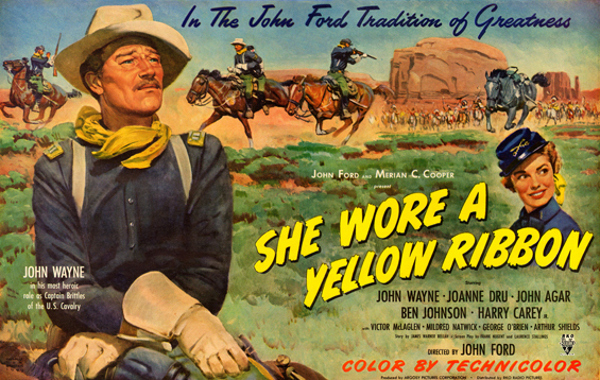 I realize I haven't written too many new posts lately. That's mainly due to the combination of long days at work and horrible weather (horrible even for Northern Indiana). So I guess it's time for another good old top ten list. The reason I'm only picking American Westerns is that if I didn't, most of the list would be made up of Sergio Leone films.

You might also notice that five of the entries on this list were made in the decade of the 1950s (and one other was released in 1960). The Fifties were definitely the Golden Age of American Western Film. I could come up with a top ten list just from that ten-year period alone.

2. SHE WORE A YELLOW RIBBON (1949) Directed by John Ford
Anyone who thinks John Wayne was a lousy actor should watch this film.

5. THE OUTLAW JOSEY WALES (1976) Directed by Clint Eastwood
This may be Eastwood's best overall film....and yes, I'm including all the recent ones that he's won awards for.

6. THE MAGNIFICENT SEVEN (1960) Directed by John Sturges
The scene where Charles Bronson tells the Mexican village boys that he is a coward, and their fathers are the real heroes, is the greatest explanation of personal responsibility in cinema history. Every American schoolkid should watch that scene (and a lot of American adults, as well).

7. THE NAKED SPUR (1953) Directed by Anthony Mann
In the 1950s James Stewart and Anthony Mann teamed up to make a series of tough, hard Westerns. Every one of them is excellent, but I think this one is the best. It also features a superb performance by the great Robert Ryan.

8. WARLOCK (1959) Directed by Edward Dmytryk
I'm sure a lot of you have never even heard of this title. It concerns a free-agent self-styled "Marshal" (Henry Fonda) who travels from town-to-town and dispenses his own brand of justice with his partner (Anthony Quinn). It's kind of a warped view of the Wyatt Earp-Doc Holiday legend. The great supporting cast includes Richard Widmark, Dorothy Malone....and DeForest Kelley and Frank Gorshin! I highly recommend seeking this one out.

9. RIDE LONESOME (1959) Directed by Budd Boetticher
Just like James Stewart and Anthony Mann, Randolph Scott and Budd Boetticher also worked together on a number of gritty, lean Westerns. This one is my favorite. Also starring Pernell Roberts, James Coburn, and Lee Van Cleef.

10. TOMBSTONE (1993) Directed by George P. Cosmatos
Every American male between the ages of 30 and 70 knows just about every line of dialogue in this movie. This has an incredible once-in-a-lifetime cast, with special recognition to Dana Delaney, who is a personal fave of mine. 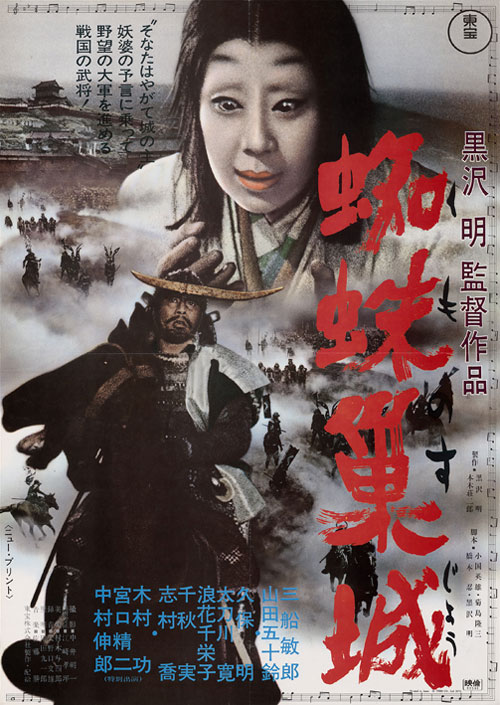