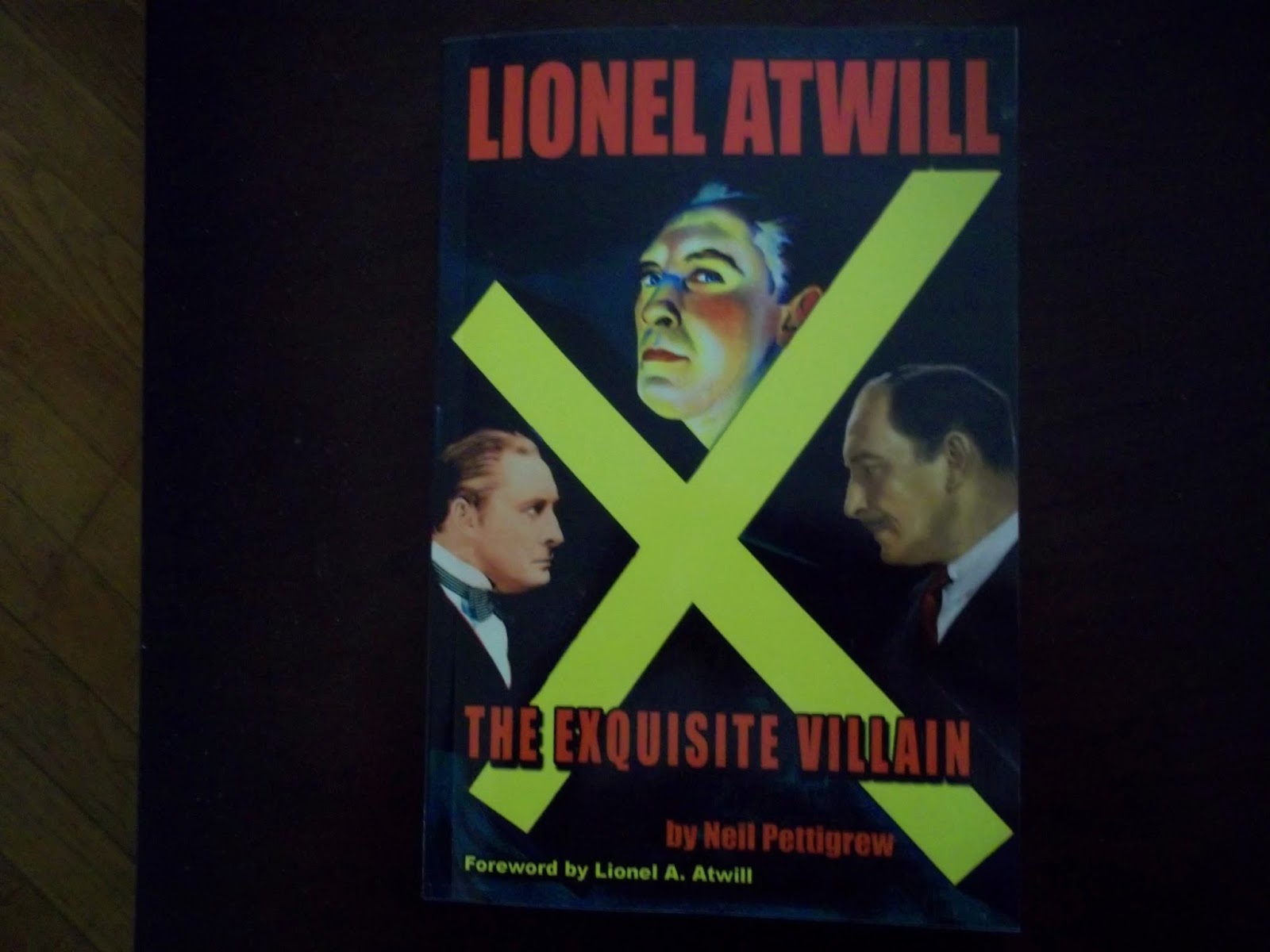 Midnight Marquee Press has published a number of fine books on horror and science-fiction films over the years, and one of the latest is Neil Pettigrew's fine biography on the great character actor Lionel Atwill.

The English-born Atwill is best known now for his roles in several classic horror films of the 1930s and 1940s. But Atwill was more than just a horror star--he appeared with some of the biggest stars and worked with some of the best directors of the Golden Age of Hollywood. He also had a very impressive career on Broadway in the 1920s. Pettigrew does an excellent job in recounting Atwill's stage performances, which unfortunately cannot be shown or heard by modern audiences. A case can be made from this book that Atwill was more successful as a stage actor than as a film actor.

Atwill is also remembered today for his supposed eccentric private life. In the early 1940s, the actor became involved in a morals case dealing with an underage girl. Atwill had nothing to do with the girl in question, but he was later indicted for perjuring himself while testifying in the case. The result was that Atwill found it hard to get work in Hollywood, and what roles he did obtain were mostly for ultra-cheap studios. To this day several wild rumors surround Atwill's private life, although most of them have yet to be proven.

This book is divided into two parts--the first part covers Atwill's life, and the second part details every film appearance Atwill ever did. It is a unique way to write a biography. Pettigrew has done a major amount of research, especially in Atwill's early life and stage career. The book is filled with photos, movie stills, and newspaper clippings relating to Atwill.

The attraction of this book to most film buffs will be Atwill's numerous Mad Doctor roles such as THE MYSTERY OF THE WAX MUSEUM, MAN MADE MONSTER, and THE VAMPIRE BAT. But Atwill did plenty of "normal" films--he was one of the movies' busiest character actors. A lot of these roles did not take advantage of Atwill's talent--reading this book made me realize how many of his performances gave him very little screen time. My reading also made me notice how many of Atwill's characters wound up in a courtroom scene--an ironic fact that the author makes mention of over and over again.

This book features a foreword by Lionel A. Atwill, the son born to Lionel Atwill in 1945. Unfortunately the actor would die from bronchial cancer the very next year.

The esteemed film historian Greg Mank wrote a sort of mini-biography on Lionel Atwill in his book HOLLYWOOD'S MADDEST DOCTORS, but Neil Pettigrew has written the first full-length Atwill biography. Old movie buffs will appreciate this volume. Lionel Atwill is one of my favorite actors from Hollywood's Golden Age, and because of his classic horror reputation, he still has more of a legacy than most big-time stars of the same era.
Posted by Dan Day, Jr. at 10:34 AM