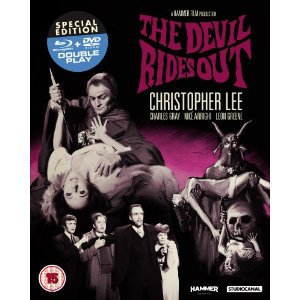 The case for JOHN CARTER 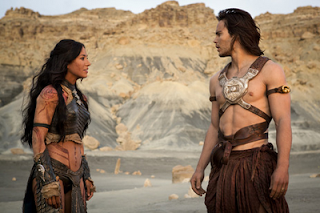 I'm pretty sure that if anyone sees the title of this post, their reaction will be, "JOHN CARTER??? That's one of the biggest bombs in Hollywood history!! It's a terrible movie!!"

Well...does a film's failure at the box office automatically make it terrible? I saw JOHN CARTER during it's theatrical release, and I liked it. I don't know how much the budget supposedly was, and I don't know (or care) how much money Disney lost on it. I'm not a Disney shareholder. I can only judge the film on what I see and feel personally. One of the unfortunate aspects of 21st Century cinema is that the mainstream media has an obsession over how much money a movie makes, or does not make. It's almost as if the box office receipts are a movie's "stats", like those on the back of a baseball card.

As soon as JOHN CARTER started it's theatrical run, the media went out of it's way to blast the film and gloat on how much of a financial bomb it was. From this blogger's perspective, it seemed the media had some personal issue against JOHN CARTER. What that could be is hard to figure out. JOHN CARTER is a well-made, entertaining, straightforward adaptation of Edgar Rice Burroughs' "A Princess of Mars".

John Carter (played by Taylor Kitsch) is a Civil War veteran who is mysteriously transported to Mars, where he becomes involved in the wars between the various tribes and creatures who inhabit the planet. Carter falls in love with Martian Princess Dejah Thoris (Lynn Collins).

The film is a mixture of science-fiction, fantasy, and old-fashioned adventure. It sticks very close to Burroughs' work, with the exception of a scene that is supposed to "explain" John Carter. This scene is a flashback to how Carter lost his wife and child on Earth (in the Burroughs books John Carter never had an Earth family). The scene is rip-off from THE OUTLAW JOSEY WALES and seems to be the result of the studio trying to "fix" the story.

JOHN CARTER will certainly be more enjoyable to those who have read the Burroughs books (like me), but one doesn't have to be familiar with the character to watch this film. Some critics said the movie was too confusing, but if one has an imagination and is willing to pay attention, it shouldn't be hard to follow the story. There are a number of action scenes, but the movie is not overly violent or gory. It's a film most families should be able to watch together.

So...why was JOHN CARTER not a financial success?

First off....the title--which, if you don't know who John Carter is, tells you nothing. It should have been JOHN CARTER OF MARS, or at least A PRINCESS OF MARS, the title of Burroughs' book.

Then there's the ad campaign, which was pretty lousy, especially when you consider that this was made by Disney, of all people. It's almost as if they were embarrassed by the product. They shouldn't have been. JOHN CARTER is a lot better than most of the box office "winners" of the past few years.

Another problem is the leading man. Taylor Kitsch is okay, but the role of John Carter requires someone like Errol Flynn, or Tyrone Power...or even Kerwin Mathews. The romantic swashbuckler, the man who could hold a sword in his hand and not look foolish....that type of actor is extinct in today's Hollywood. (On the other hand, Lynn Collins is perfect as Dejah Thoris. She's the best thing in the film.)

There were also complaints that JOHN CARTER featured a number of elements that "have all been seen before". Some critics suggested that the film recycled work by Cameron, Lucas, Spielberg, etc. What these critics didn't understand was that Edgar Rice Burroughs created this saga in 1912. If anything, Cameron, Lucas, and Spielberg were influenced by John Carter.

And maybe that's the real reason JOHN CARTER did not become a big hit--it was made at the wrong time. The character of John Carter existed before Flash Gordon, Buck Rodgers, Robby the Robot, Mr. Spock, and Luke Skywalker. Just about every science-fiction and/or fantasy film of the last eighty or so years has been inspired by the work of Edgar Rice Burroughs. What some people see as a rip-off has actually been around the whole time.

JOHN CARTER is a swashbuckling, romantic, action-adventure story....the type of story that modern cinema does NOT make well. If this film had been made in the 50s or 60s, it would probably be looked at in the same way that we look at FORBIDDEN PLANET or THE 7TH VOYAGE OF SINBAD. JOHN CARTER, unfortunately, does not fit in the type of world we live in today.

In closing, if you haven't seen JOHN CARTER, I highly recommend you give it a try. Don't worry what the media says about it, or how much money it may have lost. JOHN CARTER deserves to be seen and appreciated by a wider audience. 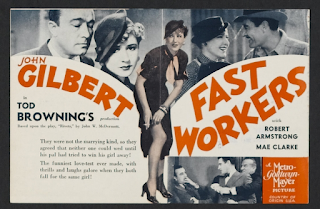