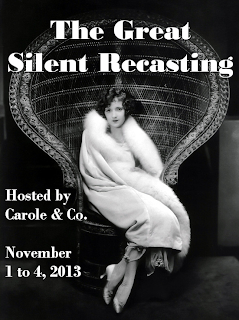 If you are wondering why you've never heard of Fritz Lang's film version of Edgar Rice Burroughs' novel, it's because the movie never existed. This is my contribution to "The Great Silent Recasting", a blogathon hosted by Carole & Co. (http://carole-and-co.livejournal.com). The idea behind this blogathon is to take a modern movie and recast it as if it were a silent film made before 1929. That's a challenge I certainly have to take.

I had dozens of ideas running through my head, but I decided upon dealing with one of my favorite genres--the German Expressionist picture. After all, it was METROPOLIS that made me interested in silent movies in the first place. So, as an homage to that monumental film, and the cast & crew that worked on it, I "created" another silent German science-fiction fantasy.

I've written an earlier post about my appreciation for Disney's JOHN CARTER (http://dandayjr35.blogspot.com/2012/09/the-case-for-john-carter.html?spref=tw). I mentioned in the post how the film would have been received a lot better if it had been made in an earlier time. What if it had been made as a silent feature--with the backing and production values of the great UFA studios of Germany?

Say that after METROPOLIS, Fritz Lang informs UFA executives that his next project is about a trip to the moon. The UFA brass, worried about the underwhelming response of METROPOLIS, proposes to Lang that if he wants to make something with an outer space setting, he should base the project on a popular story. UFA and Lang decide to adapt the first book in the John Carter series of works written by Edgar Rice Burroughs.

To make the project more popular, UFA and Lang come to the decision to cast an American actor as John Carter. They choose George O'Brien, already well known for his leading roles in THE IRON HORSE and F. W. Murnau's SUNRISE. The beefy O'Brien is perfect as the adventurous and noble John Carter. 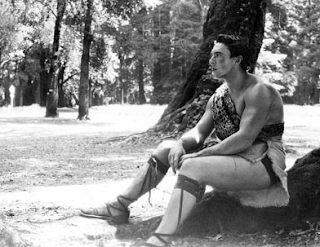 The role of John Carter's great love, the Martian Princess Dejah Thoris, is filled by Brigitte Helm, who so memorably starred in METROPOLIS. 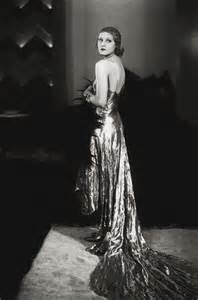 As Tars Tarkas, the Martian warrior chief who first captures, and then allies with John Carter, Lang favorite Rudolf Klein-Rogge is chosen. Emil Jannings (THE LAST LAUGH) gets the role of the evil Sab Than, the villain of the piece, and Paul Wegener (THE GOLEM) plays Mors Kajak, Dejah Thoris' father. The duplicitous female Sarkoja, who betrays John Carter during the story, is reserved for screen vamp Lya De Putti.

Lien Deyers, fresh off of making an impact in Lang's SPIES, gets the sympathetic part of Sola, daughter of Tars Tarkas and friend to John Carter. Gustav Froelich is Kantos Kan, who also fights alongside Carter, and Conrad Veidt (THE CABINET OF DR. CALIGARI) has a special cameo as the High Priest of Issus.

How would any 1920s-era film studio have been able to make something like A PRINCESS OF MARS? Well, UFA and Fritz Lang had not only already made METROPOLIS, they also filmed DIE NIBELUNGEN, which was sort of the LORD OF THE RINGS of silent cinema. UFA would have certainly been able to handle all the various techniques involved to bring the Martian world of John Carter to the screen.

As for the various alien races depicted in the John Carter books, I assume that Lang and his then-wife screenwriter Thea von Harbou would have made them humanoid (but with enough facial makeup to make them "different"). I also think von Harbou would have enjoyed working on a tale in which a white hero becomes ruler and uniter of a group of strange tribes.

The other reason I think that the Martians would be humanized somewhat is simply because if you had hired a cast like the one I've listed, you definitely would want to see their faces. Performers like Klein-Rogge, Jannings, Wegener, and Veidt wouldn't need a lot of special prosthetics to appear strange and unusual. If all those men were really involved in the same production, I could only imagine the overacting that would have been going on. I could also imagine that all those egos thrown together with a temperamental director like Lang would have made for a very tumultuous set.

I also believe that Lang might have used a major amount of red tinitng during the Martian sequences. Even without the use of color Lang and the technicians working under him would have found a way to make the settings unique and unearthly.

The John Carter stories of Edgar Rice Burroughs would have been a perfect fit for the outlandish nature of German Expressionist cinema. Unfortunately the 1928 version of A PRINCESS OF MARS exists only in my warped mind. It would have been fantastic to see a movie like this....just for the cast alone. 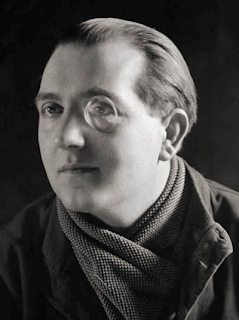