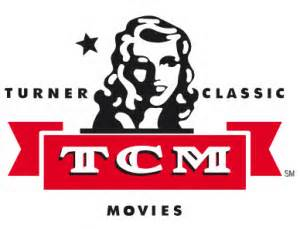 It was on this day twenty years ago that the Turner Classic Movies TV cable channel premiered. (I have to admit that I found out this fact from reading Vincent Paterno's "Carole & Co." blog entry today.)

Of course TCM is a huge part of most film buffs' lives. I know there are some out there who probably think of TCM as a channel for "old people", but I've heard that its viewers come from all age groups and backgrounds. It is more than just an "old movie channel"--it happens to be one of the most eclectic spots on modern day television. Where else can you see silent movies, cult horror films, foreign productions, and major Hollywood studio entries--all in the same week?

TCM has changed the way classic films are looked at by a mainstream audience. Literally hundreds and hundreds of movies that would never see the light of day have been exposed to brand new viewers because of TCM. A number of films have been released on home video, or have been restored and saved from destruction, simply because they got attention from being aired on TCM. For that fact alone the channel deserves accolades.

I know that TCM has widened my movie viewing habits. When I was younger I didn't really know much about regular 1930s Hollywood product, being that I was such a monster movie fan. Watching TCM introduced me to the fabulous "Pre-Code" era (roughly 1930-1934), one of the most interesting and intriguing of all movie genres. The idea of Pre-Code becoming a brand name, and sort of a cottage industry, really started with TCM.

I even got into--wait for it--the Busby Berkeley/Warner Bros. musicals of the early 30s because of TCM. I would see these things, and then I would realize I knew all the music--because I had spent almost my entire life watching "Looney Tunes" and "Merry Melodies" cartoons. And the music for those cartoons came from the Warner Bros. musicals.

Through TCM I have been exposed to several types of films that I would probably never have gotten a chance to see. One of the great things about being a film buff is that you can't see everything....which means you are always making discoveries. Yes, there are plenty of films that I watch over and over again....but it's really exciting to scroll down the TCM schedule and spot a film that you may have never seen, but have heard about for some reason.

What's really great about TCM now is that it is available in HD, and the channel shows widescreen films in their correct aspect ratio. And...they still don't have any commercials.

Watching TCM doesn't make you a snob, or a nerd. It means that you are able to look beyond the usual ordinary TV trash and appreciate one of the greatest art forms in the world. Happy Birthday to TCM.