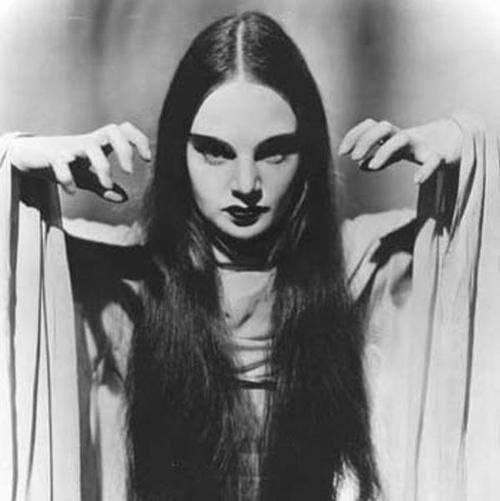 A couple days ago my friend Will McKinley shared a blog post that he wrote on something called "World Series of Monsters" from the HitFix website. As part of this "World Series", readers were asked to pick who was the best movie vampire from a list of eight candidates. Needless to say, the list didn't impress me all that much (http://willmckinley.wordpress.com/2014/10/26/vote-barnabas-for-best-vampire-in-the-world-series-of-monsters/), so I decided to come up with my own Best Movie Vampires list for Halloween.


The entries on this list did not make it just on performance alone--the impact that each role had on the history of vampire cinema was a major consideration. If you have not heard about or seen some of my choices--well, go seek them out!


1. Bela Lugosi as Dracula/Count Mora/Armand Tesla in various films
Any list of greatest movie vampires has to have Bela Lugosi at the top. How can it not? His performances as a member of the Undead still remain the epitome for what the general public think a vampire should look and act.

2. Christopher Lee as Dracula in various films
Lee is without doubt the most powerful movie vampire of all time--and he didn't need CGI or major FX to achieve that status. When Lee as Dracula is just standing still, he's showing more screen presence that about 50 other actors playing Dracula combined.

3. Max Schreck as Count Orlok in NOSFERATU
If Christopher Lee is the most powerful movie vampire, Max Schreck is the creepiest. When I was a kid and I started reading about monster movies, there were a ton of strange rumors about Max Schreck--such as he never appeared in any other film that NOSFERATU, how nobody knew his real name, how nobody ever saw him without his vampire makeup, and how there was no information on his birth or death. All those rumors are untrue--but they set my young imagination aflame, and watching F.W. Murnau's classic silent horror just made Schreck even more uncanny in my eyes.

4. Ingrid Pitt as Carmilla Karnstein in THE VAMPIRE LOVERS
In my opinion, Ingrid was the sexiest of all vampires, and the greatest female vampire ever.

5. David Peel as Baron Meinster in THE BRIDES OF DRACULA
For a long time THE BRIDES OF DRACULA didn't get much respect, even from monster movie fans. It was dismissed by many simply because the character of Dracula wasn't even in it. But now the movie--and David Peel's performance as a rather different type of vampire from Lee--is considered one of Hammer Films' best showcases. Some may consider Peel's Baron as a lightweight--but he's ferocious enough to even put the bite on Peter Cushing's Dr. Van Helsing!

6. Jonathan Frid as Barnabas Collins in HOUSE OF DARK SHADOWS
I have to admit that I never got to see the Gothic soap opera "Dark Shadows"--but I did see the movie version on TV a while ago, and I liked it a lot. So much so I even bought the recently released Blu-ray of the film. Jonathan Frid made a huge impression as Barnabas Collins in the early 1970s--there's still a large and fervent Barnabas cult to this day. Frid's legacy is that he was the first "romantic" vampire to gain favorable attention from the general public--and this was way before the Anne Rice novels and the "Twilight" books.

7. William Marshall as Blacula in two films
I can hear what you are thinking..."Blacula??? Really???" Well...the first Blacula movie is rather well done--and William Marshall absolutely commands the screen as the title character. Marshall is way, way better than his material....one wishes that Marshall had a chance to be in a real, Hammer-style Gothic. In fact, I wish that Marshall had gotten a chance to be an "official" Dracula.

8. Willem Dafoe as Max Schreck in SHADOW OF THE VAMPIRE
Remember when I talked about all those crazy rumors that had surrounded Max Schreck for years and years? SHADOW OF THE VAMPIRE takes those rumors and turns them into the ultimate high-concept idea: what if Max Schreck really WAS a vampire, and F.W. Murnau took advantage of that fact? Dafoe is funny, quirky, scary....and he even makes you kind of like the Nosferatu-Schreck. Dafoe was so fine in this role he was nominated for a Best Supporting Actor Oscar.

9. German Robles as Count Lavud in two films
German Robles played "El Vampiro" in two Mexican films in the late 1950s. The movies are surprisingly entertaining (especially if you are able to see them in their original versions, without the dubbed English). Robles was an effective creature of the night, and he deserves more attention from film buffs.

10. Carroll Borland as Luna in MARK OF THE VAMPIRE
If you have seen MARK OF THE VAMPIRE, you are probably going to say, "Hey! She shouldn't count!" This is my list, so I can do what I want. Anyway, I have to pick Borland for the simple fact that her "look" as Luna continues to inspire even into the 21st Century. Vampira, Leticia Addams, Lily Munster, Elvira--they are all in one way or another descended from Carroll Borland. And I picked her for one other reason--I believe she performed the first vampire "hiss" in movie history. 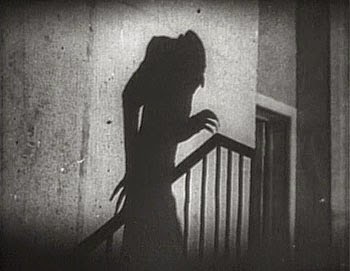 Honorable Mention: Ferdy Mayne in THE FEARLESS VAMPIRE KILLERS, Louise Allbritton in SON OF DRACULA, Barbara Shelley in DRACULA, PRINCE OF DARKNESS, Francis Lederer in THE RETURN OF DRACULA, John Carradine in HOUSE OF FRANKENSTEIN