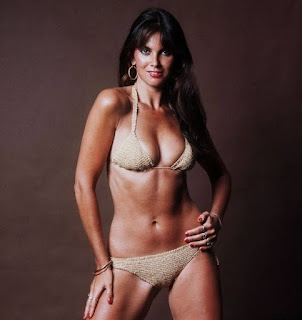 Today is the birthday of Caroline Munro, one of the most famous (and beautiful) of all the actresses associated with horror and science-fiction films. She will forever be known as a "Hammer Glamour" girl--even though she made only two movies for the famed British company. In DRACULA A.D. 1972, she was one of Christopher Lee's victims, and her other Hammer outing was CAPTAIN KRONOS--VAMPIRE HUNTER.

Caroline played Vincent Price's late wife in both DR. PHIBES films, and she sported some spectacular costumes in Ray Harryhausen's GOLDEN VOYAGE OF SINBAD. She got to co-star with Peter Cushing in Amicus' AT THE EARTH'S CORE, and later starred in the low-budget STAR WARS imitation, STARCRASH.

My favorite of her roles is Naomi in THE SPY WHO LOVED ME, where she chases after Roger Moore's James Bond in a helicopter. She doesn't get much screen time, but she steals the film--one wishes she had been in the movie all the way to the end.


Caroline Munro will always have a special place in the hearts of crazed fanboys everywhere due to the rather impressive body of work (ahem) she compiled in the history of fantastic cinema. 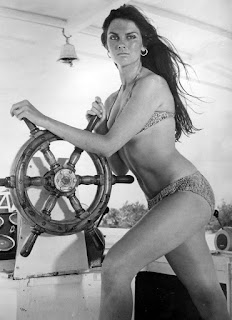 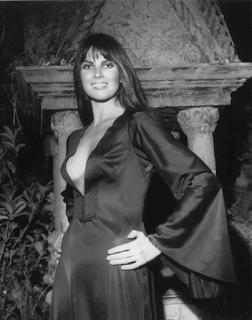 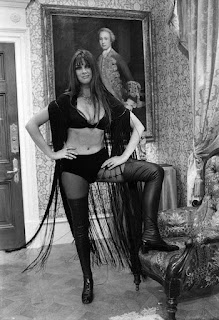