I don't write a lot of tribute blog posts when a notable performer passes away, simply because celebrity deaths seem to happen all the time. If I was in the habit of regularly writing tribute posts, I'd have to do it constantly, and I don't want this blog to be nothing more than an obituary.

But the recent deaths of Doris Day and Tim Conway struck me because they were both the type of performers that one doesn't see all that much anymore. 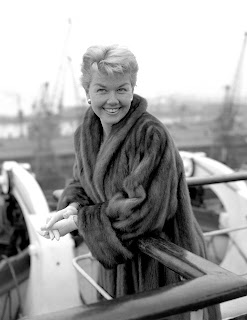 
Doris Day, simply put, was a true entertainer. She first gained notoriety as a recording artist during World War II, then became a movie star after appearing in a number of musicals for Warner Bros. She got to show off her dramatic chops in films such as LOVE ME OR LEAVE ME and Hitchcock's remake of THE MAN WHO KNEW TOO MUCH. In the late 1950s she became what many consider the ultimate romantic comedy leading lady, and she even wound up having a successful television network series. When she didn't feel like being in the spotlight anymore...she left it, and I think if anything that increased her iconic status.

It cracks me up when a movie like LA LA LAND comes out and people get all excited about the fact that the stars of it are singing, dancing, and acting...all in the same film! Doris Day essentially did that her entire career. And like most real movie stars, she did it with such a grace and style that folks just took it for granted. Can you honestly compare anyone working in the entertainment industry now with Doris Day?

I must admit that I am not in any way related to her (she was born Doris Kappelhoff). Years ago, one time at work, a guy asked me why I was so interested in old movies. I told him that my grandmother was Doris Day--and for a couple minutes he actually bought it, which doesn't say much for the intelligence of the people I've worked alongside. 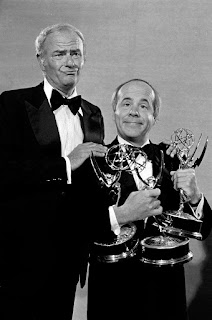 
Tim Conway, simply put, was one of the funniest people I've ever seen. He's best known for his TV work, but he starred in a number of family comedies in the 1970s that were more popular than one would assume. Conway's style of comedy is almost extinct today. He wasn't crude, or nasty, or vulgar, and he didn't engage in politics or social discourse. He was just funny. One of my favorite TV memories as a kid was watching him on THE CAROL BURNETT SHOW--the edited reruns of that program are still better entertainment than almost anything being shown on the 300 cable channels today.

The best way one can understand the talent and impact of Doris Day and Tim Conway is to go on the internet and read all the various tributes that are being written for them--not by professional scribes, but by ordinary folks whose lives were touched by them in some way.

Is there anything better than spending most of your life making untold numbers of people happy?