A Few Thoughts On The Hollywood Summer

When I was a kid, I looked upon the summer movie season with great anticipation. That anticipation was partly fueled by preview articles from publications like "Starlog" and "Cinefantastique", which made all the various upcoming films look like must-see events.

You never have the same feelings about certain things as you do when you are younger. The summer movie season just doesn't have the same importance as it once did--and this year's summer is distinctly underwhelming. The modern sound-bite culture that we live in has reduced the shelf life of the average big-budget blockbuster to that of a generic loaf of bread. A major franchise movie is hyped up for weeks and weeks...and a couple days after it has come out, it's just about been forgotten. A lot of that has to do with the movies themselves (STAR TREK: INTO DARKNESS is a perfect example), but even films that are successful financially and critically don't have much staying power anymore.

The mainstream media's obsession with a movie's gross has caused titles to branded flops after just one week...heck, even after just one DAY of release. When the general populace only reads the sound-bite headline, and that headline says that Movie X is a total bomb because it only made $200 million instead of $250 million....what chance does any non-franchise, non-tentpole feature have?

And THE LONE RANGER. An 8 year old kid could have told you that this movie was pure trash just by watching a preview trailer. The Disney Corporation is a gazillion dollar concern. Goodness knows how many overpaid white collar executives they have working for them. Somehow, somebody green lighted this project....more than likely multiple people. And why? I mean...come on.

There's still hope (but not in the shape of a Hobbit...that won't come out for a while). PACIFIC RIM looks interesting, and there's always the chance that some undervalued movie will break through and surprise everyone. But then again....I saw a commercial for R.I.P.D., and I honestly thought it was a made-up movie or a skit. I could not seriously believe that this "film" was actually made.

So...what's the best thing to come out of Hollywood this summer, so far? 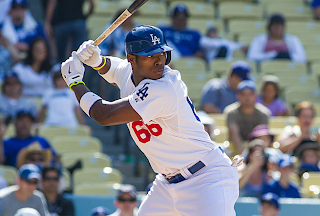