THE CABINET OF DR. CALIGARI On Blu-ray From Kino-Lorber 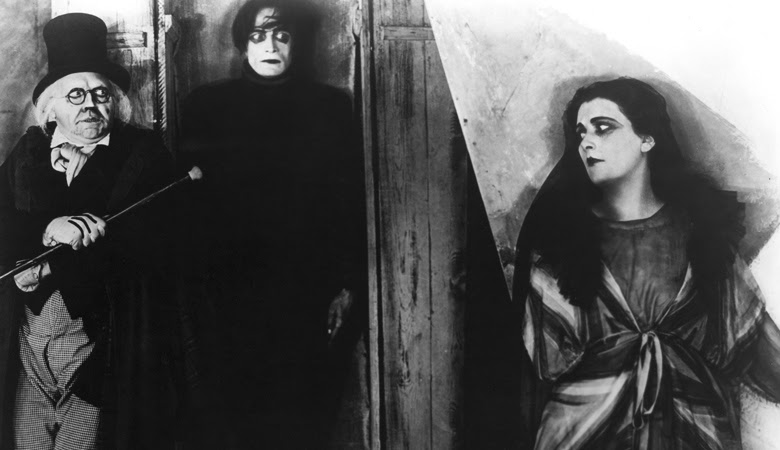 Before I start my review of this disc, I'd like to tell the story of when I saw THE CABINET OF DR. CALIGARI for the very first time.

When I was in the fifth or sixth grade, my elementary school (Warren Elementary in Lydick, IN) had a Halloween assembly. At this assembly it was planned to show Halloween-themed cartoons, but for some reason the school couldn't get any, so they showed a copy of THE CABINET OF DR. CALIGARI instead. Why they did this I have no idea--maybe they figured that a black & white silent movie was safe for kids--but needless to say my classmates and I had certainly never seen anything like CALIGARI before. I have to admit that the movie creeped me out--and my first viewing of CALIGARI has stuck with me to this day.

THE CABINET OF DR. CALIGARI is one of the most famous and influential movies ever made. The ultimate example of cinematic German Expressionism, CALIGARI still has the power to shock, confound, and intrigue audiences to this day. It has been called the first true horror film, and two of the film's main characters--Werner Krauss's Caligari and Conrad Veidt's Cesare--are considered the templates for all the mad scientists and monsters that have filled  movie screens ever since.

Up till now, even the best available prints of THE CABINET OF DR. CALIGARI have looked substandard. Recently a 4K restoration was produced using an original camera negative of CALIGARI. This restoration is featured on Kino-Lorber's new Blu-ray, and the result is absolutely stunning.

The visual quality of this version of CALIGARI is so sharp, and it has so much depth, that I felt like I couldn't have been watching something made in 1919....I felt like I was seeing a recreation of CALIGARI using 21st Century actors. It really is like watching the movie for the very first time. The bizarre sets and production design of artists Hermann Warm, Walter Reimann, and Walter Rohrig stand out even more clearly now, enough that even a person who has seen CALIGARI numerous times will be noticing various "new" details in just about every scene. If you have one of those old versions of CALIGARI, you have to upgrade. There's that much of a difference.

Two different music scores are on this disc, one from the University of Music, Freiberg and the other from DJ Spooky. The Freiberg score is acceptable, but nothing outstanding. The DJ Spooky score tries to be as unusual as CALIGARI itself, and in my opinion, it just becomes distracting. I don't think a music score for a silent film should be noticed for being too weird, even for a film like CALIGARI. Just about anyone who does a score for CALIGARI attempts to be expressionistic...trust me, I've heard plenty of them over the years.

This new restoration of CALIGARI has already been featured on a Region B Blu-ray from Masters Of Cinema. I still don't have a multi-region Blu-ray player (if any of you out there would like to buy me one, feel free), so I'm more than happy that Kino has released this for Region A. The main extra is a 52-minute German documentary entitled CALIGARI: HOW HORROR CAME TO THE CINEMA. It gives a concise history of German Expressionism in the cinema, and it features a number of scenes from other 1920s German films. A rather generic stills gallery is included, along with a couple of restoration examples (unfortunately there isn't a thorough documentary on the restoration itself). There is also a booklet essay on the film by Kristin Thompson.

What this release really needs is an audio commentary. The Masters Of Cinema version has a commentary by film historian David Kalat, and I wish that Kino had been able to include that on their disc. Kalat is one of the best when it comes to doing audio commentaries, and I would have loved to hear him address some of the many urban legends that surround the making of THE CABINET OF DR. CALIGARI.

The extras for this Blu-ray may not be up to the quality of the CALIGARI restoration, but that shouldn't stop you from getting this disc. Any true silent film aficionado has to have THE CABINET OF DR. CALIGARI in his or her collection. And if you haven't seen CALIGARI, I recommend you should do so at least once....just make sure you watch the restoration and not one of those cheap public domain versions. 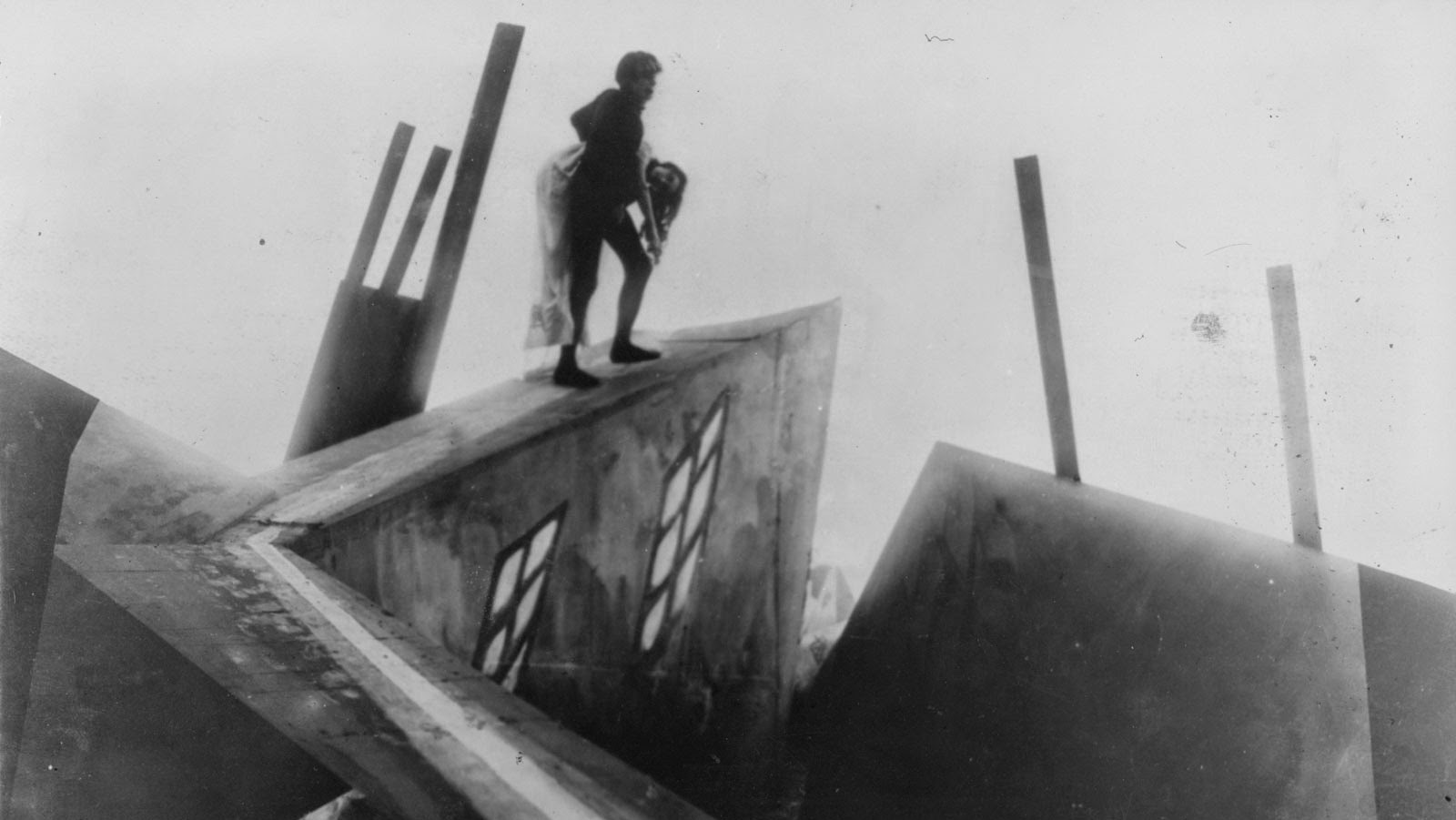 One of the most iconic scenes in cinema history, and one that would be repeated several times over in dozens of horror and science-fiction films--a creature of menace carries off a beautiful woman in a nightgown. 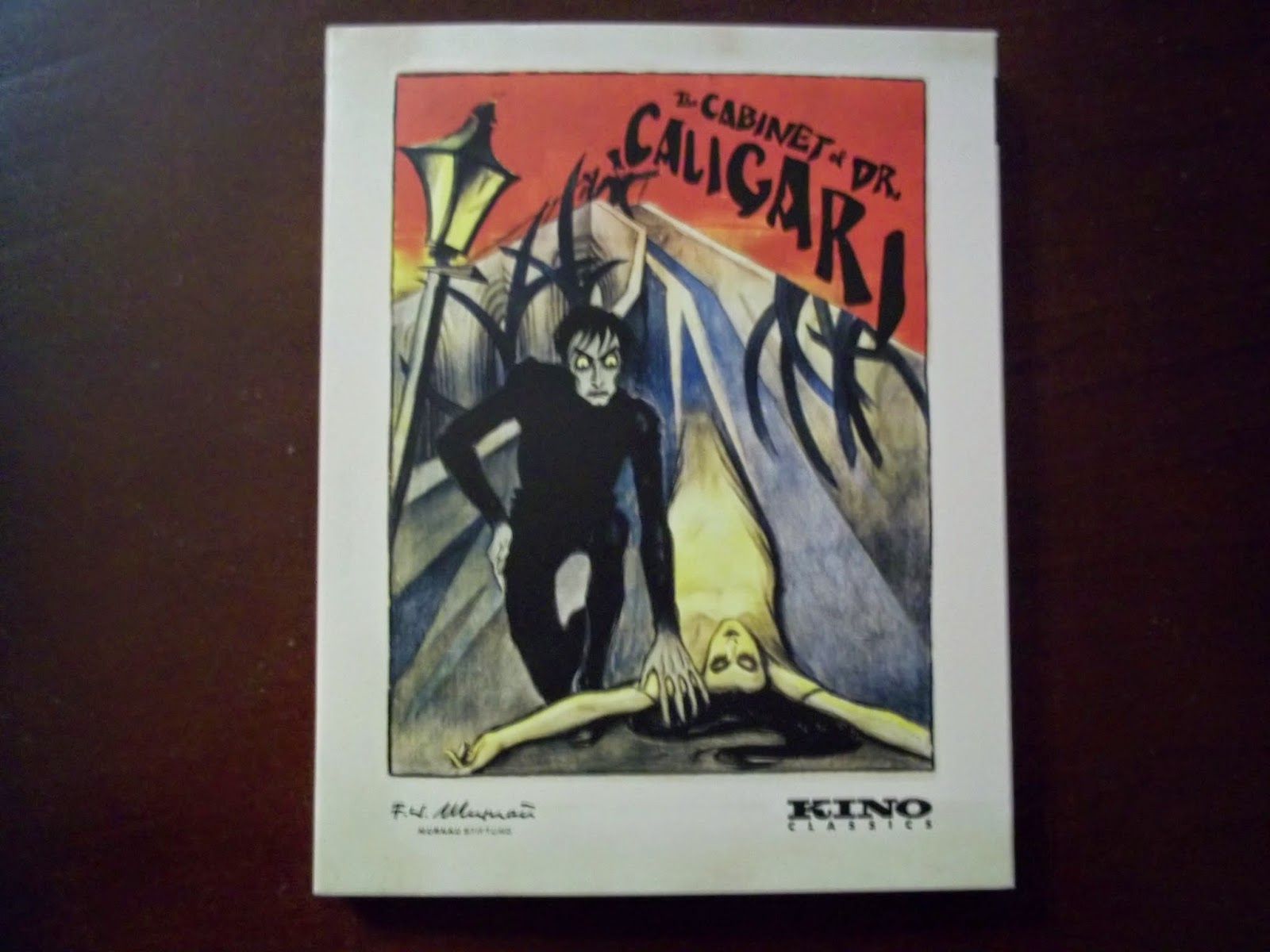