Last Sunday I attended the 2016 Wizard World Chicago convention, along with my friend Paul G. Lyzun, who is the director of the esteemed documentary WITHOUT CHARITY. Our main purpose was to get Carrie Fisher's autograph, and.....well, that didn't happen.

When Paul and I went to buy autograph tickets for Carrie, we discovered that they were sold out, and apparently had been for a month--despite the fact that the Wizard World website seemed to suggest that you would be able to get her autograph. I've been to Wizard World before, and to C2E2, which is a very similar con--and I've never personally experienced someone's autograph being sold out before the event even started. Needless to say, Paul and I were not too happy about the situation--but we decided to get Bruce Campbell's autograph instead. (By the way, Paul and I walked by Carrie's autograph table a couple of times during the day--but whenever we did she wasn't there. So I didn't even get to see Carrie Fisher.) 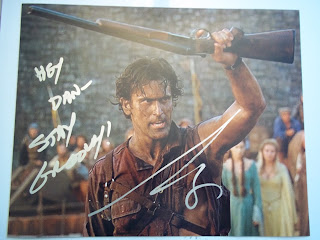 There's a reason why Bruce Campbell is a geek culture legend. When you met him in person you find that he is totally, absolutely, 100% Bruce. He didn't just sign his name--he made sure that every person who came through his line got a personal talk with him. While Paul and I were in his line Lou Ferrigno stopped by to say hi to Bruce--and Bruce turned it into a comic skit by acting like he was in pain when the TV Hulk shook his hand. If you ever get the opportunity to meet Bruce Campbell, by all means do so--you will not be disappointed.

One of the highlights of Wizard World is the "Artist Alley"--where comic book creators and all sorts of creative individuals have their own tables to present and sell their wares. I purchased a print of Salvador Larroca's magnificent work for Marvel's DARTH VADER comic book, and he signed it for me. What shocked me was that no one was at Larroca's table--since he is the main artist on one of Marvel's most popular titles, I expected that a bunch of folks would be crowded around him. 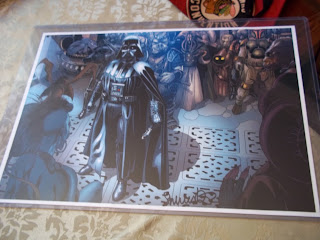 A print of Salvador Larroca's magnificent work for Marvel/Star Wars

Paul got some stunning original movie poster art from a gentleman named Matt Peppler. Walking around "Artist Alley" made me realize that it is the so-called independent or "outisde" artists who capture the true spirit of the horror/science fiction/fantasy works that we love so much, instead of the giant conglomerates who produce them for film & television.

I tried not to spend too much money--of course me saying that is like a college football player saying "I'm gonna try to stay out of trouble this weekend" (wake up the echoes, Notre Dame fans). One thing I did get was a t-shirt featuring the cult 1960s TV show THE PRISONER--how many of those do you see around?? 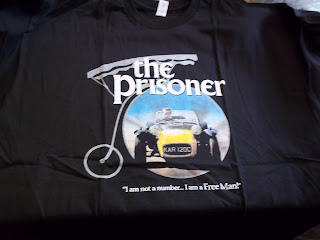 I also picked up a Svengoolie business card at the MeTV booth, along with some other classic TV business cards. 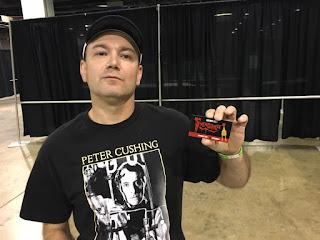 Don't leave home without it. 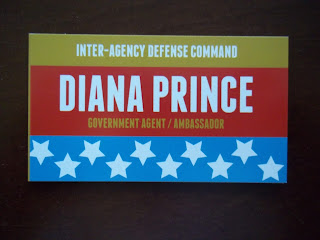 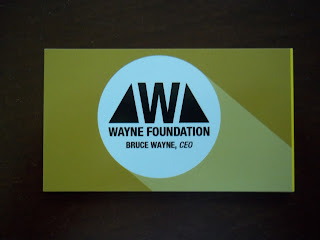 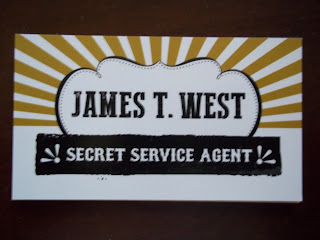 The thing about this card is--if you really were a Secret Service agent, why would you carry around a card announcing that? Wouldn't you like....try to remain secret?

There were plenty of cosplayers at Wizard World, as usual. It seemed to me that this year there wasn't as many superhero costumes as in years past. There were plenty of SUICIDE SQUAD Harley Quinns, along with the obligatory "classic" Harleys. There were also a couple Dr. Harleen Quinzels, who I though were way more attractive (is that because I'm not a fan of women wearing too much makeup?). The best cosplays are the ones that are the most obscure.

Is Wizard World worth going to? I would say that if you are a major participant in 21st Century geek culture, you should go to it at least once if you have the chance. Get ready to spend some money, and get ready to do a lot of walking. And get ready to deal with some huge crowds.
Posted by Dan Day, Jr. at 8:26 AM