Indiana In The Movies (Part Two) 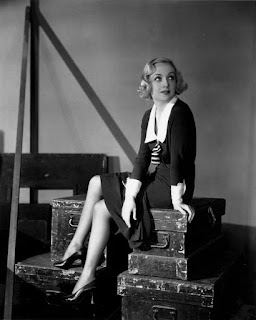 Here's a list of famous film performers and directors who were born in Indiana. I have to point out that many of these folks spent relatively little time actually living in the state (Carole Lombard, who is pictured above, Steve McQueen, and Howard Hawks fit this category). I'm sure this will only reinforce the idea that some people have about Indiana--that it is a place you have to leave in order to "be somebody". The city in which the person was born is listed after their names.

Musicians Michael Jackson (Gary) and Hoagy Carmichael (Bloomington) appeared in a few films, and songwriter Cole Porter (Peru) made a significant contribution to the Hollywood musical.