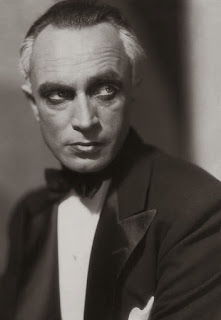 This week Criterion released to home video the 1928 film LONESOME, directed by Paul Fejos. The Blu-ray also contains two other features by the innovative director: BROADWAY and THE LAST PERFORMANCE.

I had never seen THE LAST PERFORMANCE(1929) but I had been aware of it. The film has been mentioned in a number of horror film books and magazines. Considering that it was made by Universal, and that it starred Conrad Veidt and Mary Philbin, it seemed well worth seeing for any classic monster movie fan.

The actual movie isn't really a horror film, or all that much of a thriller. It's more of a backstage melodrama involving stage magician Erik the Great (Veidt) who is infatuated with his much younger assistant, Julie (Philbin). After Erik incorporates a new helper into the act, Julie and the new man fall in love. This sets the stage for a magic "trick" which becomes murder.

Paul Fejos isn't well known today, even among movie buffs. The Hungarian filmmaker made only a few features in America in the late 20s, before becoming disillusioned by Hollywood. He is known for his unusual camera techniques, which is why he is now getting the Criterion treatment. THE LAST PERFORMANCE has a number of sweeping visuals and interesting camera set-ups. Unfortunately there isn't really much to the story. Veidt is his usual creepy self. If there ever was an actor who was the living embodiment of German Expressionism, it's him. Veidt gets a number of dramatic extreme close-ups. One wishes that he had been given a bit more to do.

Mary Philbin had starred in the original THE PHANTOM OF THE OPERA with Lon Chaney and had already appeared with Veidt in THE MAN WHO LAUGHS. She plays the same type of role in PERFORMANCE as she does in the earlier two--the sweet, innocent heroine. The audience knows there's just no way her character's going to wind up with a spooky magician.

THE LAST PERFORMANCE was released in two versions: silent & part-talkie. Criterion carries the silent one, from a Danish print. The picture quality isn't all that great, but the superb cinematography of Hal Mohr still shines through. 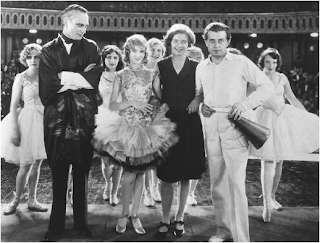 It's nice to finally see THE LAST PERFORMANCE. Some people might be disappointed. Those expecting a "lost" Universal horror classic need to know that this film is far from that. One's expectations are high, considering the studio and the cast involved. All Universal monster-movie junkies will want to see this at least once. And all hard-core movie buffs will want to get the LONESOME package. It's worth it just to see three hard-to-find films from an innovative cult director.