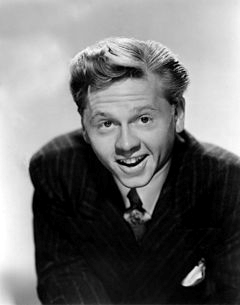 The best way that I can convey the enormity of Mickey Rooney's film career is by stating this--he made his movie debut in 1926, and he was still making movie appearances in the last couple years. That means he had film credits in a mind-boggling ten different decades.

In the late 1930s and the early 1940s, the height of the Golden Age of Hollywood, Mickey Rooney was America's most popular movie star.

Rooney survived a number of personal crises and wound up outlasting (and outliving) nearly every one of his contemporaries.

It's safe to say that no other present or future performer will ever have a career like Mickey Rooney.