BFI FILM CLASSICS--QUATERMASS AND THE PIT 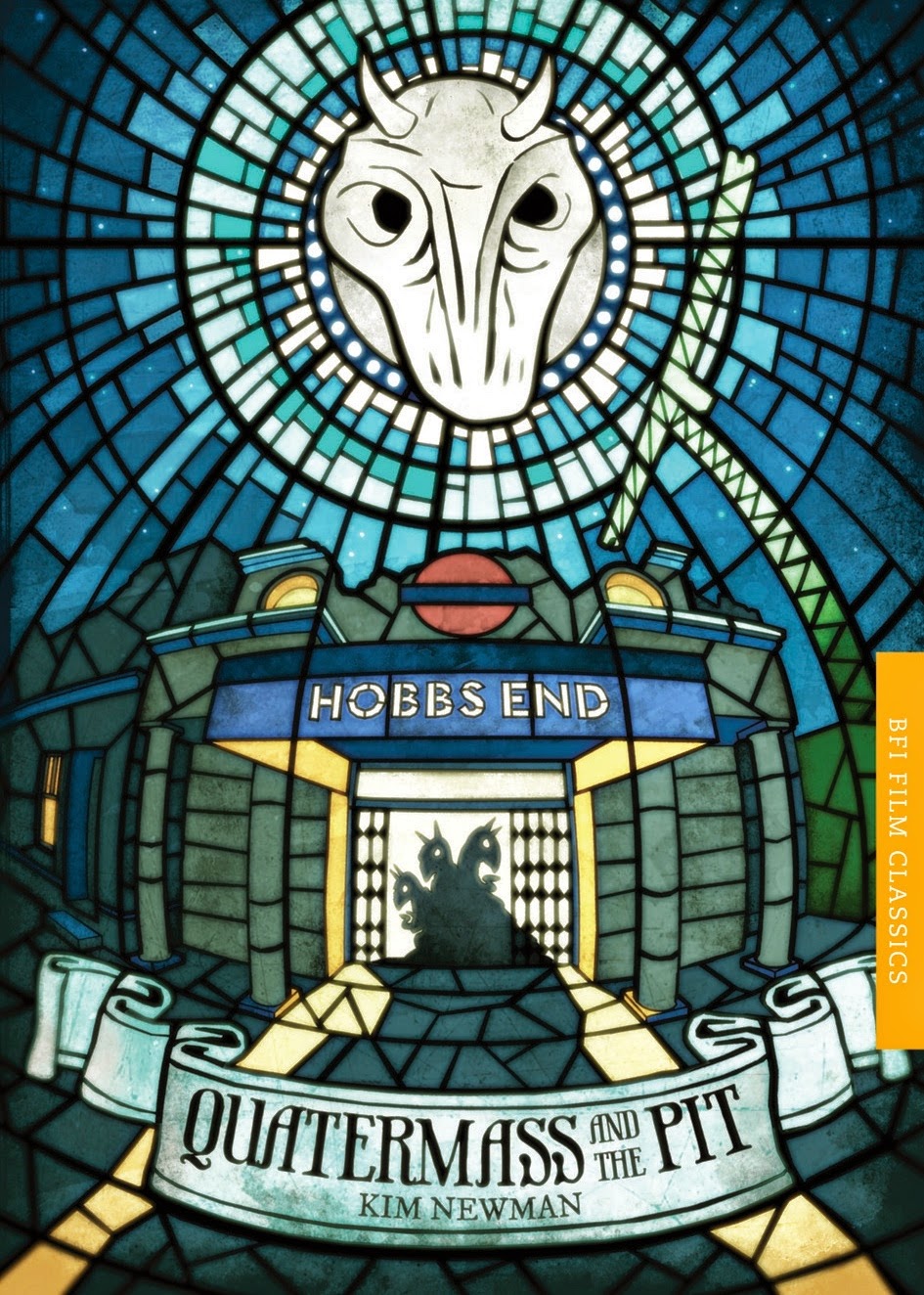 If you like reading and buying books about the movies, you may be familiar with the BFI FILM CLASSICS series. Small in size (8.5 x 5.5 inches) and content (about 100 pages), each book in the series covers a single film which has some renown. One of the latest entries deals with the classic Hammer science-fiction film QUATERMASS AND THE PIT, made in 1967.

The writer of this book is prolific British author Kim Newman, a man who has an encyclopedic knowledge of movies and television. I've always enjoyed Newman's capsule reviews of DVDs and Blu-rays in Tim Lucas' Video Watchdog magazine, and this time Newman gets a whole book to deal with one film.

Newman starts out by detailing the history of the character of Professor Bernard Quatermass, from his creation by Nigel Kneale for BBC television, to the big-screen adaptations of the Quatermass stories by Hammer Films. The opening chapter is extremely beneficial to Americans who have never seen any of the original BBC Quatermass mini-series.

The author then gives an in-depth, scene-by-scene analysis of QUATERMASS AND THE PIT. Even if you have seen the film several times, you will appreciate Newman's unique take on it--Newman takes Hammer seriously, but at the same time he's not a fanboy who thinks everything that Hammer ever did is the greatest thing ever made. There's an exhaustive amount of facts about the production here, but the best part of this book is Newman's interpretation of Nigel Kneale's script and Roy Ward Baker's direction. It is very rare that a genre film like QUATERMASS AND THE PIT is reviewed in such a fashion.

I would think any serious Hammer fan would want to pick up this book. I believe this is the first time a Hammer film has been featured in the BFI FILM CLASSICS series. Hopefully there will be more Hammer titles covered--it's surprising the company's 1958 DRACULA hasn't been already.