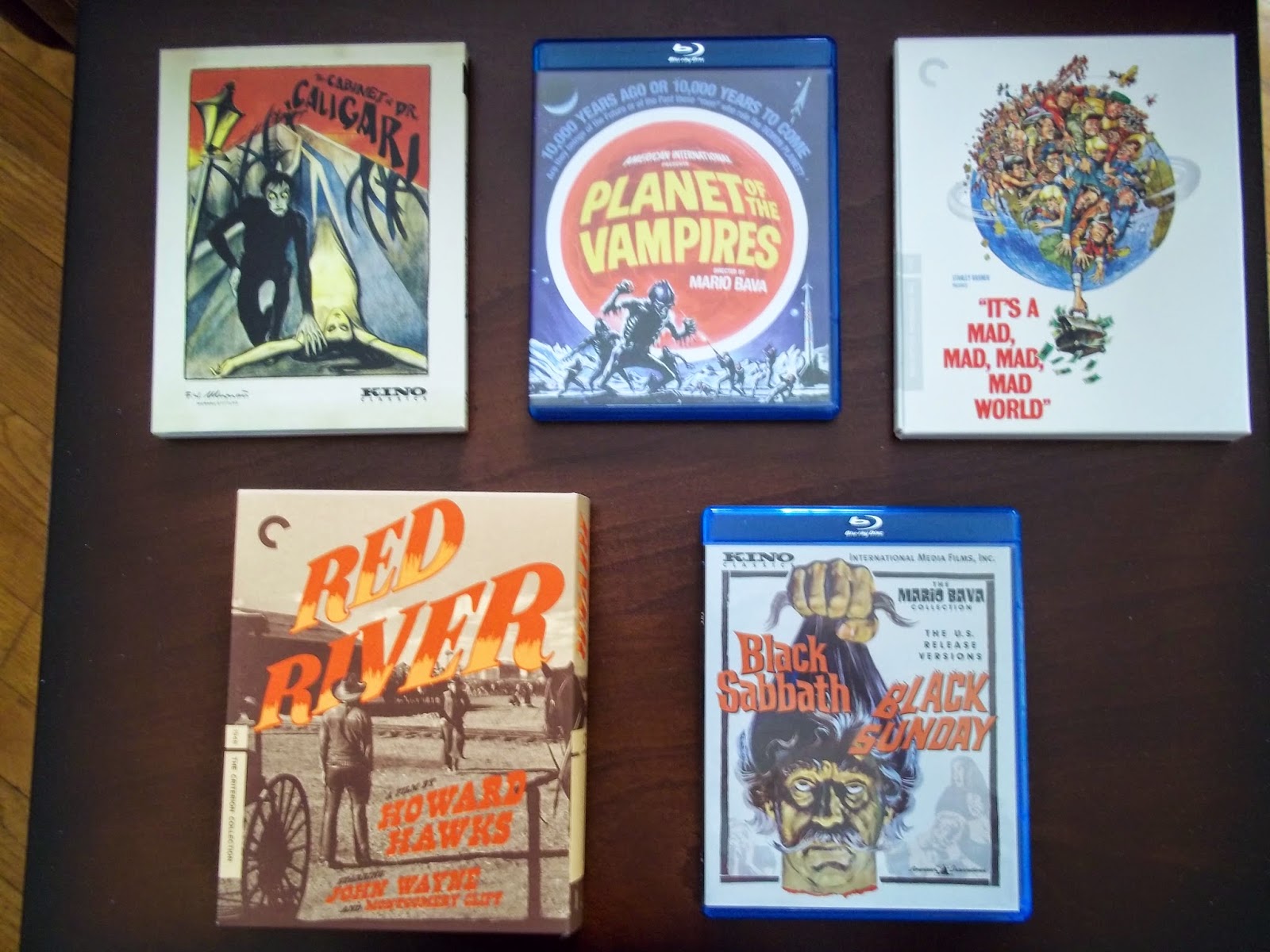 Once again it is time for me to list my top five personal DVD/Blu-rays of 2014. My choices are limited to those titles that I actually own, and as I've said several times before, I can't buy everything. I also don't have a region-free player, so all these entries are Region A.


1. THE CABINET OF DR. CALIGARI (Blu-ray) from Kino Lorber
This has to be number one simply because of how amazing the movie looks on this Blu-ray. CALIGARI is one of the most famous and important films ever made, and it finally has a home video release worthy of its reputation. I wrote a full blog post on this in November.

2. PLANET OF THE VAMPIRES (Blu-ray) from Kino Lorber
2014 marked the 100th anniversary of the birth of the legendary director Mario Bava, and this release was a fine tribute to him. Chock full of extras, including a magnificent audio commentary by Video Watchdog editor Tim Lucas. I wrote a blog post on this in November.

3. IT'S A MAD, MAD, MAD, MAD WORLD (DVD/Blu-ray) from Criterion
Stanley Kramer's slapstick epic gets the full Criterion treatment, with two Blu-ray discs, three DVD discs, two different versions of the movie, and extras galore. I wrote about this one in February.

4. RED RIVER (DVD/Blu-ray) from Criterion
This one has two versions of Howard Hawks' Western classic, along with a paperback copy of the novel the movie was based on. My post on this was written in June.

5. BLACK SUNDAY/BLACK SABBATH (Blu-ray) from Kino Lorber
This is a double feature of the American versions of Mario Bava's horror classics. This disc was actually canceled....but when I was at the October Monster Bash, they had a couple copies of it for sale--so needless to say I snatched one up. If Kino Lorber finds out I have one of these, will I get in trouble?