THE HOBBIT: THE BATTLE OF THE FIVE ARMIES 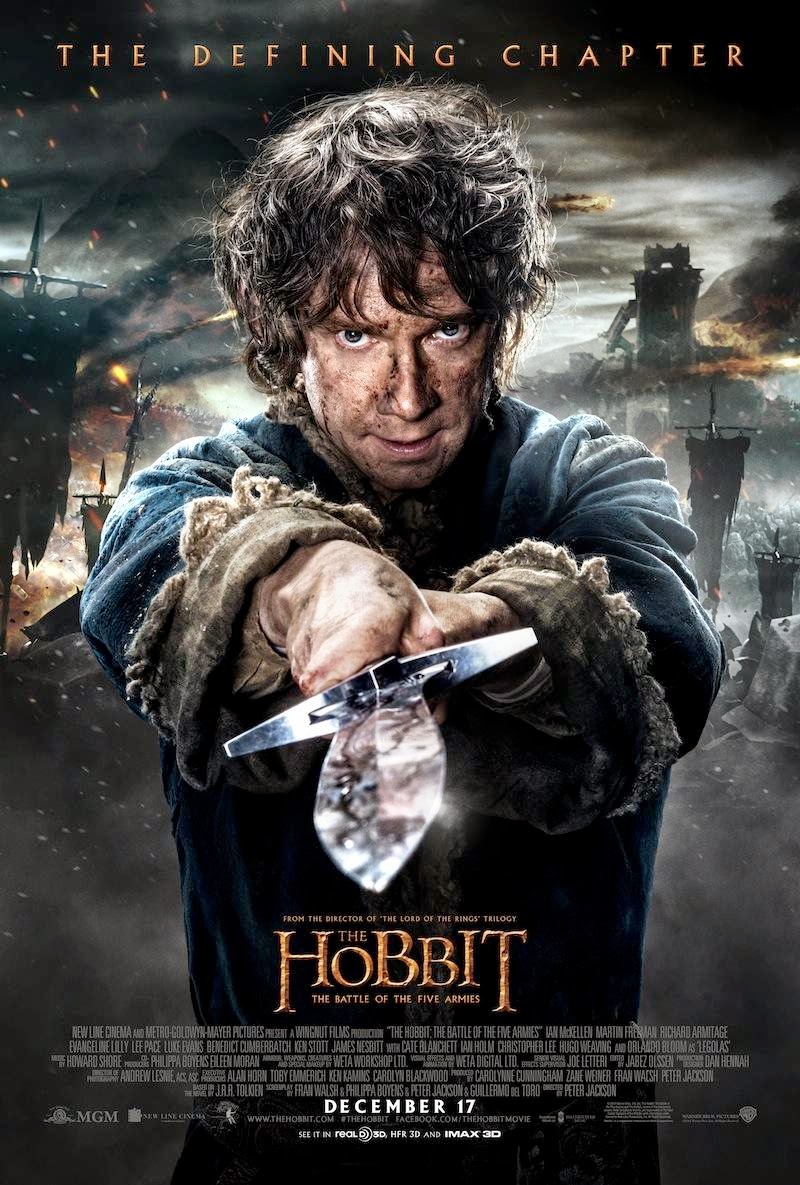 Peter Jackson's Middle-Earth saga finally lumbers to a halt in THE HOBBIT: THE BATTLE OF THE FIVE ARMIES.

Peter Jackson's propensity to drag things out gets, if anything, even worse. A prime example is the fight between head dwarf Thorin and the main bad guy Orc. The fight goes on...and on...and on...and it looks like the Orc is killed....but no, it goes on even more.....It got to the point that I was saying to myself, "Can one of these guys just kill the other one and get it over with??"

The "love triangle" involving Legolas, a hot female elf, and one of the dwarves continues here, and it's just as unnecessary. Sir Christopher Lee does get a cameo (and so does his stunt double). Just like the other films in this series, there's so much extra stuffing and video game-like action that any emotional moments with the main characters just fall flat.

I know I've spent a lot of time whining about THE HOBBIT films in my blog. These are not bad films--if I had seen them when I was ten years old, I'd think they were the greatest movies ever--it's just that I feel that Tolkien's book could have been adapted better. I remember when it was announced that Peter Jackson was going to be able to make THE HOBBIT. Geeks around the world rejoiced--including me. Now I believe that it would have been better if other writers & directors had been involved. THE HOBBIT should be separate from THE LORD OF THE RINGS. They share the same world and some of the same characters, but they shouldn't be treated if they are one big giant story.
Posted by Dan Day, Jr. at 8:28 AM