My Five Favorite Movie Sequences Of All Time 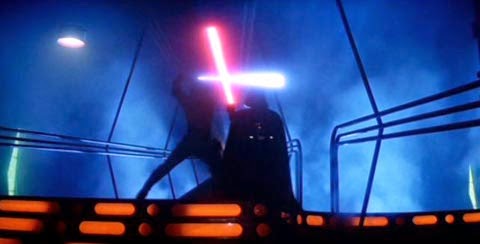 Picking five favorite movie sequences is a lot different than picking five favorite movies--even though all of these choices happen to come from some of my favorite films. There's dozens of movies that have standout individual scenes, but I wouldn't necessarily call the movies themselves great. Every so often I'll be channel-surfing and I'll stumble across a certain movie....and watch it because I know a good sequence is coming up....and then turn the channel after said sequence is over.

An outstanding movie sequence doesn't have to be one involving action or violence. Great filmmakers can make a riveting sequence out of two people just sitting in a room talking to one another. I'll admit you are not going to find any of those talking head scenes on this list. Some my find my choices a bit generic, but I'm not a person with a Film Studies degree--I'm just a dumb guy from Indiana.

21st Century films have so many quick-edited action showcases that they have become almost par for the course. Showing people shooting at one another and explosions going off is easy....but putting a sequence like that together and making the audience care or be thrilled about what is going on requires expert direction, camera movement, and film & sound editing.

1. The lightsaber duel between Luke Skywalker and Darth Vader in THE EMPIRE STRIKES BACK
The STAR WARS prequels featured plenty of lightsaber fights, but none of them still comes close to this one. The next time you watch this notice how it is NOT cut very quickly--staging and the characters are more important than how fast the duel goes. The duel is sort of a mini-movie in itself--the fight has different stages to it, and each time Skywalker and Vader enter another room, we see another set with another atmosphere. It all leads up to the biggest revelation in movie history. Brilliant cinematography by Peter Suschitzky (EMPIRE is still the best-looking of all the Star Wars films) and editing by Paul Hirsch. Bob Anderson performed most of Darth Vader's lightsaber scenes.

2. The final gunfight in THE GOOD, THE BAD, AND THE UGLY
What has to be pointed out about this is that the actual gunfight lasts only about 30 seconds. It is the lead-up to the gunfight that makes this sequence a standout. Sergio Leone, composer Ennio Morricone, and editors Eugenio Alabiso & Nino Baragli take a few minutes of footage consisting of three men just standing still and staring at one another and turn it into one of the most iconic moments of cinema.

3. The truck chase in RAIDERS OF THE LOST ARK
Indiana Jones and Marion escape from the Well of Souls--only to learn that the Ark of the Covenant is being loaded on a truck! What happens next is in my opinion the greatest action sequence of all time. This is about as perfect as film making gets. Most of the sequence was overseen by second unit director Michael Moore, and the stunts were arranged & performed by Vic Armstrong, Terry Leonard, and Glenn Randall, with many others. Editing by Michael Kahn. 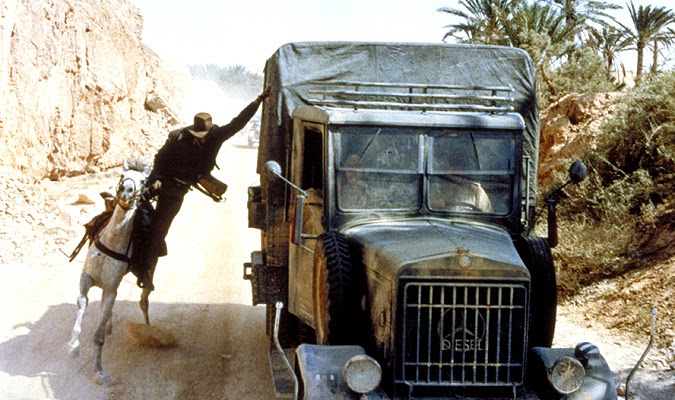 4. Van Helsing faces off against Dracula in HORROR OF DRACULA
The greatest moment in Hammer Films history, and maybe the greatest moment in Gothic Horror film history. Director Terence Fisher wisely heeded Peter Cushing's advice that this sequence needed some "swashbuckling" elements added to it. Magnificently edited by Bill Lenny. 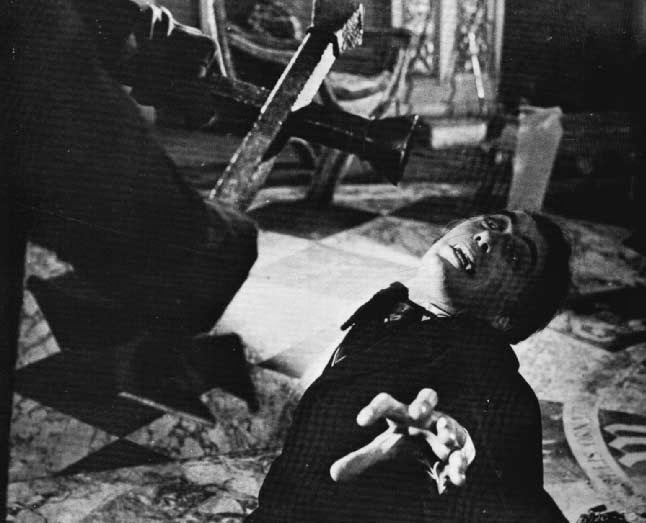 5. Buster Keaton being pursued by dozens of Brides in SEVEN CHANCES
In this movie Buster finds out he'll inherit millions if he marries by the end of the day. His friend decides to help Buster out by running an item in the newspaper explaining the situation--and soon Buster has more would-be Brides than he can handle. The Brides chase him through the streets of Los Angeles, through a football game, across a beekeepers' field--and eventually down a slope, where Buster starts a giant rockslide. Personally prepared by Keaton himself, this sequence is the apex of silent film comedy.
Posted by Dan Day, Jr. at 1:14 PM