Another year, another Monster Bash Conference. The annual celebration of all things concerning classic horror and science-fiction movies was held in Mars, PA on the weekend of June 22-24. As usual, Ron Adams and all the people at Creepy Classics put on a magnificent show.

When I went to my first Monster Bash in 2013, I was by myself, and I didn't really personally know any of the attendees. My main interest then was getting autographs and buying merchandise. Now the major reason I go to Monster Bash is to meet up with friends and make new ones. This year I drove to the Bash with my great buddy Tim Durbin (check out his viewingtheclassics.blogspot.com blog). This was Tim's very first Bash and he was suitably impressed.

I once again shared a room with the Phenom himself, independent filmmaker Joshua Kennedy. Josh gave a special sneak teaser preview of his upcoming HOUSE OF THE GORGON, and it appears that it will turn out even better than what I thought it would when I was involved in its making. Hanging out with Josh at a Monster Bash is like hanging out with a rock star. He literally couldn't go two feet without someone wanting to converse with him or asking him to participate in something. I told him he'd better get used to it in the future. How much of an impact has Josh already made on the classic horror/sci-fi film community? He was awarded a Monster Bash Lifetime Achievement Award--at the tender age of 23. I have to say that the best time I had at the Bash was just sitting in the hotel room with Josh and having one of our elongated and convoluted geek fests, where we have a wide-ranging discussion on movies, TV shows, life, etc. 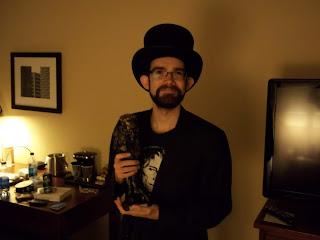 A couple of other great friends of mine received some hardware--Derek Koch also got a Lifetime Achievement Award for his stellar work on the Monster Kid Radio podcast, and David Hardy received his Rondo Award for Best Fan Artist. It's nice to see good things happen to good people. 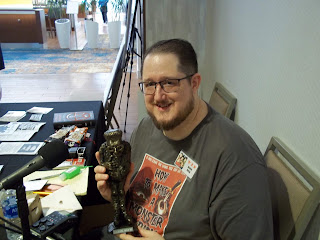 Author Frank Dello Stritto gave another of his wonderful talks on a particular classic horror film. This time the subject was THE GHOST OF FRANKENSTEIN, a Universal entry that I would consider about average. I've seen it a number of times--but Frank's genius is that he can talk about such a film in a way that makes you feel that you've never really paid attention to it properly. Greg Mank made a welcome return to Monster Bash with a presentation on the tragic life of Colin Clive--Greg could talk on how paint is made and I bet he could make it entertaining and interesting. 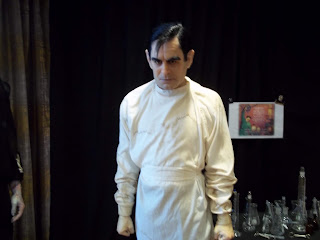 What would a Monster Bash be without me meeting another actress associated with Hammer Films? This time it was the adorable Janina Faye, who appeared in HORROR OF DRACULA, THE TWO FACES OF DR. JEKYLL, and NEVER TAKE CANDY FROM A STRANGER. 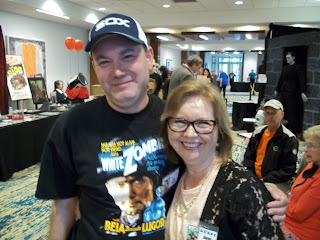 There's so many other fine and talented people I met at the Bash--people like author Troy Howarth, artists like Mark Maddox and Neil Vokes--I really shouldn't even start a list, because I know I'll wind up forgetting someone. Needless to say, if you have any interest in classic fantastic films, you definitely need to attend a Monster Bash Conference. And I highly recommend you attend the one scheduled for Summer 2019--because that one will feature a screening of HOUSE OF THE GORGON!! 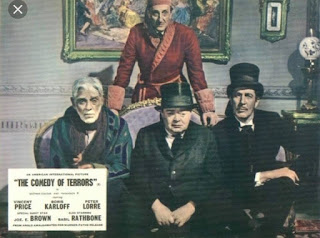 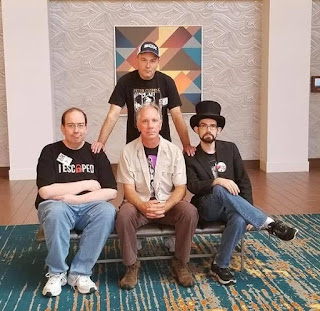