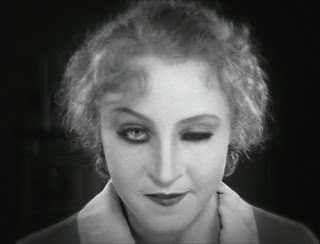 This time of the year is usually referred to as "awards season", when all the beautiful people get together at various functions and congratulate each other on how talented they are. I think it's ironic that people get so worked up about award shows, because some of the greatest film performances of all time didn't receive any type of award recognition whatsoever.

One example which comes to my mind is what I consider one of the best performances of any actress in the history of cinema--a performance that will be remembered far longer than the shelf life of the latest "hot" Oscar-nominated starlet. I'm talking about Brigitte Helm in METROPOLIS.

METROPOLIS has always fascinated me. I first saw it as a kid in the eighties on public television. Of course at that time the print was horrible, and it was severely cut--but there was something about the production, especially the visual aspect of it, that intrigued me. METROPOLIS is one of my favorite movies of all time, and I've seen it in a number of forms (including a big screen showing of the latest restored version at the University of Notre Dame's Browning Theater). My love of silent film stems from METROPOLIS.

One of the most amazing aspects of the production is the film's leading lady, Brigitte Helm. She actually plays two roles--the saintly Maria and her robotic evil twin. Her acting is very stylized, very over-the-stop, and filled with all the silent film performance techniques that some modern viewers find silly. Nevertheless, Brigitte Helm is simply astounding. In a movie like METROPOLIS, you can't be realistic, or understated. Helm matches the scope of production and mesmerizes the viewer. Director Fritz Lang gives Helm a number of giant close-ups which make the audience feel she is emoting directly to them.

But the most incredible fact about Brigitte Helm in METROPOLIS is that this was her debut film. She had never acted before a camera in her life. She was discovered by Fritz Lang at the age of eighteen, and started working on METROPOLIS about a year later. In her first professional role Brigitte Helm created one of the most iconic characterizations ever known to film, and the undying love and affection of crazed fanboys to this very day (including this blogger). Forrest J. Ackerman, the original (and greatest) fanboy, was absolutely smitten by her.

Brigitte Helm's film debut has to rank among the very best, right up there with Orson Welles in CITIZEN KANE. It's even more impressive when one considers how much METROPOLIS cost and how arduous the production was. Add to the fact that Fritz Lang wasn't the most sensitive person in the world, one can only imagine what Helm went through.

For a couple of scenes Helm actually had to wear the "robot" costume--she didn't have a stunt double. Later on in the film the "False Maria" is burned at the stake, and Helm almost really was injured severely. The making of METROPOLIS took over a year, and there's probably very few actresses who would have been able to deal with the movie's requirements. 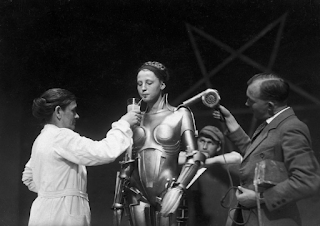 Brigitte Helm will always be known for METROPOLIS. She made other films during her short career, but some of them are lost, and most of the rest are unavailable on American home video (there are several clips of her on YouTube). Helm left Nazi Germany in the mid-thirties and moved to Switzerland with her family. She never acted again, and refused to do any type of interview about her career. She may have wanted to escape the limelight, but her stance made her only more mysterious and attractive to film buffs. She died in 1996 without ever letting anyone know what it was like to work on METROPOLIS and how she felt about being a cinema icon.

No matter how many awards an actor wins, he or she can never leave the same legacy as Brigitte Helm did for just one film. 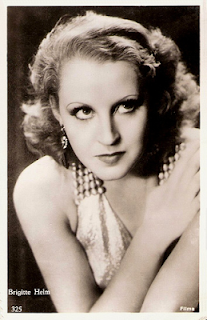