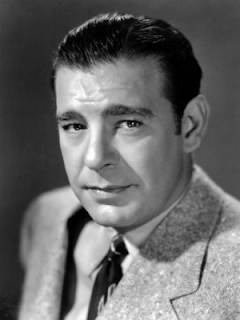 This weekend there is a Chaney (Sr. and Jr.) Blogathon hosted by the sites Movies Silently and The Last Drive In. This is my contribution featuring Lon Chaney Jr., which I originally wrote on his birthday earlier this year.

On  2/10/1906, Creighton Tull Chaney was born. You know him by his professional name, Lon Chaney, Jr. He is most famous for his many classic horror film roles, especially his portrayal of the Wolf Man. In fact Lon Jr. was the only actor to ever play all the four great horror film creatures--the Wolf Man, the Mummy, Dracula, and the Frankenstein's Monster.

But Lon Jr. was also a solid character actor who appeared in dozens of movies and TV shows which had nothing to do with horror or science fiction. He was particularly adept at Western roles--one of Lon's best performances was in the acclaimed HIGH NOON. He also made a great comic foil for the likes of Abbot & Costello and Bob Hope.

Creighton was the son of silent-screen icon Lon Chaney, the Man of a Thousand Faces. After his father's death in 1930, the younger Chaney tried to break into Hollywood. He spent most of the decade in bit roles, and eventually was pressured into using the name "Lon Chaney, Jr."

Lon's breakthrough part was that of Lennie in OF MICE AND MEN, the famed movie adaptation of John Steinbeck's novel. Chaney should have at least received an Academy Award nomination for Lennie--it's a performance that still holds up today. Universal Pictures soon signed Lon and put him into a number of their various horror films. Universal was obviously trying to sell Lon Jr. as the inheritor of his father's macabre roles. The younger Chaney was never happy with this, but THE WOLF MAN gave him a legacy all his own.

THE WOLF MAN, in human form "Larry Talbot", was absolutely perfect for Lon Jr. Talbot is an ordinary, well-meaning man beset by circumstances beyond his control and understanding. That could also be a description of Lon Chaney Jr. Out of all the great horror film stars Chaney Jr. is the only one who seems to be a blue-collar guy. All the other horror greats--Karloff, Lugosi, Atwill, Zucco, Price, Cushing, and Lee--had an air of aristocracy about them. Chaney Jr. looks like someone who has actually worked for a living. This makes Lon Jr. the odd man out when it comes to the monster movie hall of fame. It's also why Lon Chaney Jr. is the one great horror star that causes so much controversy among monster movie fans. A lot of fanboys can't stand him...especially in roles like the ones Lon played in Universal's "Inner Sanctum" series. In those films Chaney was usually cast as someone other than a likable big lug. It might have made Lon happy to play against type but the "Inner Sanctum" films do not present Lon at his best.

If you want to start an argument with a monster movie fan just mention Lon Jr starring in SON OF DRACULA. First off, there's a debate on whether the vampire in the movie is the real "Dracula" or not....I happen to think he's the actual Dracula. Then there is the question of whether Lon Jr. was miscast in the role. I think Lon did an excellent job. He isn't Lugosi...there's no way he could have been. But Lon brings across the power and ferocity of a vampire better than just about any actor had up till that time. Lon Jr's Dracula is very much like Christopher Lee's portrayal in the later Hammer movies.

Unfortunately Lon Jr. is also known for the many demons he battled in his personal life, including living under his father's shadow and bouts with alcoholism. When it comes to monster movie gossip, only Lugosi is on a level with Chaney Jr. Lon's off-set problems have influenced how many monster movie fans see him today. Lon's private battles also affected his later career. Despite appearing in prestige productions such as THE DEFIANT ONES, and guest-starring in several popular TV series, Lon spent a lot of time in the 1950s and 60s wasting his talent in some truly awful product. Other than THE HAUNTED PALACE and WITCHCRAFT, Lon's horror and science fiction roles from this period are best forgotten. Lon Chaney Jr.'s last film was the terrible DRACULA VS. FRANKENSTEIN, where it's obvious Lon was in no condition to be acting.

Creighton Chaney died in 1973. I've always had a liking for the big lug. Despite his personal problems, his Wolf Man will live forever. 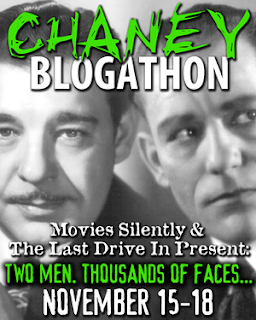