DISHONORED (1931) is the third film collaboration between director Josef von Sternberg and actress Marlene Dietrich. It's also a World War One movie--one of the very few Hollywood pictures set on the Eastern front of the war.

Set in 1915 Vienna, DISHONORED features Dietrich as a poor war widow who is reduced to becoming a streetwalker. She joins the Austrian Secret Service and is given the code name X-27. For the rest of the film she matches wits with a Russian spy (Victor McLaglen). The Russian is eventually captured after a battle but X-27 allows him to escape. X-27 is then charged with treason and executed.

DISHONORED may be set during World War One, but it's just really an excuse for von Sternberg to photograph Marlene Dietrich as exquisitely as possible. Like just about every other von Sternberg film, DISHONORED is more of a mood piece than a complete story. The pace of the movie is very, very, slow--there's not much slam-bang action here. Dietrich spends most of her time looking glamorous and bored--it is only when she is told that she is going to be executed that any flicker of real emotion shows on her face. She does get one out-of-the-box sequence when X-27 disguises as a Polish peasant girl. Without her usual fancy hairdo, makeup, and clothes, Dietrich is all but unrecognizable.

Victor McLaglen is best known now for playing boisterous loudmouths in a number of John Ford movies. In DISHONORED he is supposed to be a dashing Russian spy, and he is supposed to be able to make Dietrich go against her country. The problem is that McLaglen is totally miscast--he and Dietrich seem to have no chemistry at all, and you don't believe she would care about him whatsoever.

The one thing you can be sure of when you watch a film directed by Josef von Sternberg is that you are going to see some magnificent cinematography. The DOP on DISHONORED was Lee Garmes, who worked on several projects with Dietrich. Marlene looks magnificent at all times, and there's a number of striking camera set-ups and images. DISHONORED is a great film to look at and study, especially if you are a connoisseur of pre-code cinema.

I try not to give away endings when I write a blog about a film, but in this case I have to. The climax of DISHONORED is probably the film's most famous scene. Just before being led out to her execution, X-27 asks if she can wear the clothes she wore as a streetwalker. As she faces the firing squad X-27 primps as if she is getting her picture taken. It's the ultimate von Sternberg-Dietrich moment--lurid, stylistic, and outrageously over-the-top. X-27 does get shot down, and we see it--this is a pre-code film, after all. There's no last-minute plot device to save Dietrich. A scene like this would be unthinkable in a Hollywood film just a few years later. 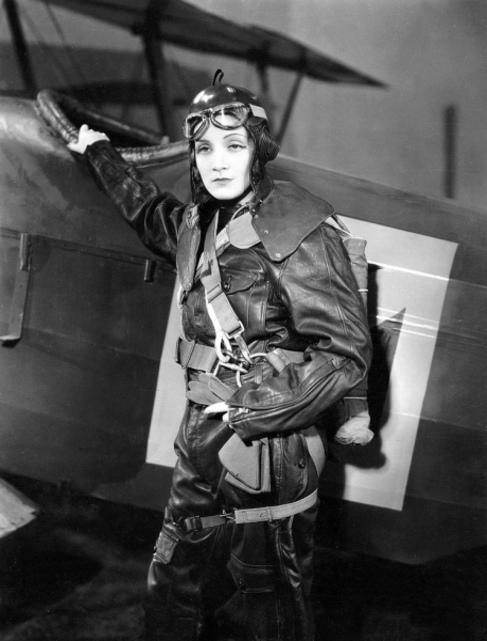