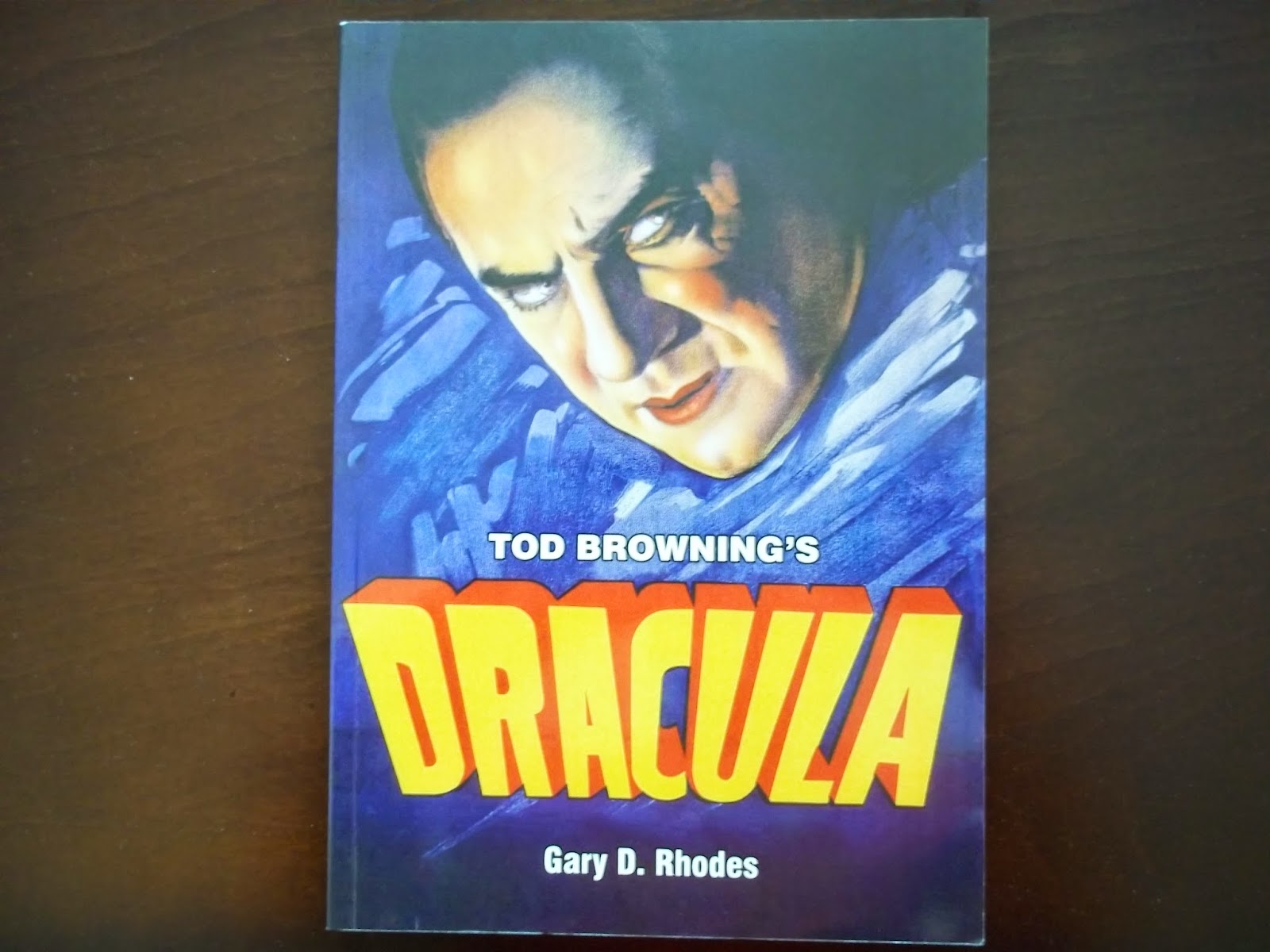 If there is one thing that old monster movie fans like to do, it is argue about old monster movies--especially on the internet. Just go to the Classic Horror Movie Board and check out some of the conversations. There are certain subjects that really get old monster geeks going--two of the most notorious are Tod Browning and Bela Lugosi. Browning (as a director) and Lugosi (as an actor) are two of the biggest icons of fantastic cinema, yet that doesn't stop them from getting blasted on social media daily.

Most of the controversy surrounding Browning and Lugosi centers around the 1931 Universal production DRACULA, the first American sound horror film. While some look upon the film as a classic, many others see it as a missed opportunity. Film historian Gary D. Rhodes lays out a spirited defense of the movie in his new book TOD BROWNING'S DRACULA.

In TOD BROWNING'S DRACULA, Rhodes doesn't just delve into the film's production history--he also reviews the up-and-down cultural standing the vampire thriller has had over the years. Rhodes' intention is to convince the reader that the movie has been unfairly maligned, and that it should be remembered as a outstanding example of the classic horror genre. He also wishes to make the case that director Tod Browning has not been given the proper credit for the overall effect that DRACULA has--hence the book's title: TOD BROWNING'S DRACULA.

Rhodes begins by showing the extent of vampire folklore in the United States leading up to the early 20th Century. He then covers all aspects of the making of DRACULA, and reveals some new information along the way (such as how Tod Browning, and Universal Pictures, had interest in adapting Bram Stoker's novel years before they actually did).

Rhodes also examines the film's post-production, publicity, debut and general release. He then details how DRACULA made several "reappearances" over the years, through re-releases, television, and home video. In the last part of the book Rhodes takes on those who have harshly judged the 1931 DRACULA, and the author compares Browning's work with that of Universal's Spanish version of DRACULA, filmed on the same sets as the Browning version.

Rhodes certainly has an emotional attachment to the 1931 DRACULA. He has written several books and magazine articles on Bela Lugosi (I have to point out here that this book is NOT about Lugosi), and his knowledge and analysis of DRACULA is exhaustive. I've seen DRACULA dozens of times, and Rhodes pointed out numerous things about the production that I never noticed. Even if you don't necessarily agree with Rhodes' opinion on DRACULA, he will assuredly have you thinking about the film in a different way.

That being said, one wonders how much this book will really change the perception that the 1931 DRACULA currently has. While reading this book, I decided to watch the '31 DRACULA again on DVD. I still think the movie is heavy going--I believe that it is more an important film than a great one. But as Rhodes accurately points out, it is a product of its time. It was the very first sound American horror film, and the first one to have supernatural elements--so to judge it against all the other horror films that came after it does not really do it justice. (I must admit that I have not seen the recent Blu-ray of the 1931 DRACULA, which some have said is almost like watching the movie for the first time.)

TOD BROWNING'S DRACULA features dozens of images, many of which this long-time monster movie fan has never seen before. Each chapter of the book features a copious notes section at the end--there's no doubt that Rhodes has done a major amount of research for this project. Old monster movie fanatics may disagree with the author's conclusions, but they will have to admit the importance of the 1931 DRACULA to the genre as a whole. For better or worse, the production truly is Tod Browning's DRACULA--and this book is revelatory examination of it.