The Worst Movies I've Seen In A Theater 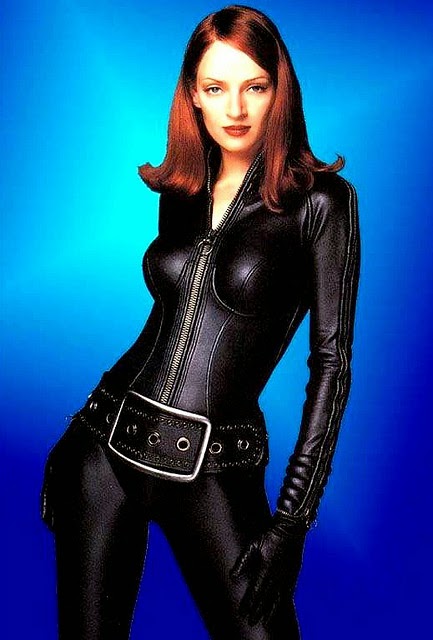 I have to say that when it comes to bad experiences at the movies, I haven't had too many of them. I've turned plenty of movies off while watching them on television, but I've never actually walked out of a theater before a movie has finished playing. I think that says more about my cheapness than my taste in film--if you pay a ticket to see something, you might as well see it all the way through.

I'm somewhat choosy when it comes to viewing a movie in a theater. I won't go see just anything, and I'm not particularly moved by massive hype or whatever happens to be trendy at the moment. I do read reviews, and take them into account--but if for some reason I want to see a certain film, I'll go see it, no matter how much the critics may trash it. (A perfect example of this is JOHN CARTER, a movie I really do like.) On the other hand, if a certain film holds no interest for me, I'll probably not see it, no matter how many awards it wins or how much money it makes.

The following list is not going to be very long....as a matter of fact, I could only come up with four entries. I must point out that there is a huge difference between a film that is disappointing and a film that is terrible. I've seen dozens of disappointing films--the STAR WARS prequels, the HOBBIT trilogy, LAST ACTION HERO, etc....but I wouldn't call those films terrible. The films on this list, at least from my point of view, reach a special level of cinematic failure. If I am a bit hazy on some of the details on these productions, it is because I have truthfully have not seen them completely since I encountered them on the big screen.

The list is in no particular order--they're all pretty bad.


THE AVENGERS
No, this isn't that super hero movie. This is the 1998 movie adaptation of the 1960s cult classic British TV show. On paper, this must have been a sure-fire high concept idea. The original television show featured espionage, science-fiction, action-adventure, dry wit, and perfect roles for a handsome leading man and a gorgeous leading lady. The problem is that the TV version had a quirky sensibility that was hard to recapture (or even explain to someone who had never seen the series). The TV "Avengers" existed in its own little self-contained world....and expanding that world on the big screen made it seem weird instead of entertaining. There's a fine line from being camp to being misunderstood, and this movie shot way past that line. Ralph Fiennes and Uma Thurman dress like John Steed and Mrs. Peel, but that's about it....it's like they are playing The Avengers at a costume party. Sean Connery plays a take-off on a James Bond villain--an interesting idea, but Connery appears totally out of place here. And what can you say about a movie that casts Eddie Izzard--a guy with a reputation for running his mouth--and doesn't give him any dialogue?

HUDSON HAWK
I took my brother Robert to see this movie because he is a big Bruce Willis fan. At least I think he was before he had to see this film. As far as I can remember, Willis plays a crook who gets caught up in an international conspiracy involving Leonardo De Vinci's secret treasure....or something like that. Just like THE AVENGERS, this is a movie that tries to be campy and exciting at the same time....and it fails miserably. I do recall that at the climax, Bruce and Danny Aiello were blowing away people with automatic weapons, while singing torch songs.

BATMAN & ROBIN
Uma Thurman makes this list again! (And if I had seen MY SUPER EX-GIRLFRIEND in the theater, she might have made this list a third time.) I love Uma, but eye candy can only go so far. I've already discussed this movie on an earlier post where I ranked all the Batman theatrical films. It's still horrible. There are so many things wrong with this picture--the wasting of a great villain in Bane, stiffer-than-a-board line readings from Alicia Silverstone, and fight scenes that wouldn't be out of place for a 1950s TV show--so many things, that someone needs to write an entire book analyzing it. Anyone could write a book saying why CITIZEN KANE is great--the real challenge would be to take on this disaster.

THE BLAIR WITCH PROJECT
I have to admit that I saw this film because of the hype. I believe that in the same week this movie got cover stories on both Newsweek and Time--and this was when that really meant something. Everybody at the time (1999) was calling it "The scariest film of all time"....so I decided to go see what all the fuss was about. After the movie was (mercifully) over, I stood up and exclaimed, "That's it???" I wasn't scared, I was just annoyed.
But I do have to say this. THE BLAIR WITCH PROJECT has had a huge impact on popular culture. Not as a film, or even a scary film.....just think about it this way. THE BLAIR WITCH PROJECT is basically a reality show. The hand-held camera, pain-in-the-neck "real" people who constantly argue with one another, a "real" situation that is exaggerated to the utmost degree....this is what television has become in the 21st Century. And that's more than likely why I watch very little 21st Century television.

Now that you've read my whining and moaning, what about you? What are the worst films you have seen in a theater? Have you ever walked out of a film showing in a theater? Leave a comment, or visit The Hitless Wonder Facebook page to share your thoughts.