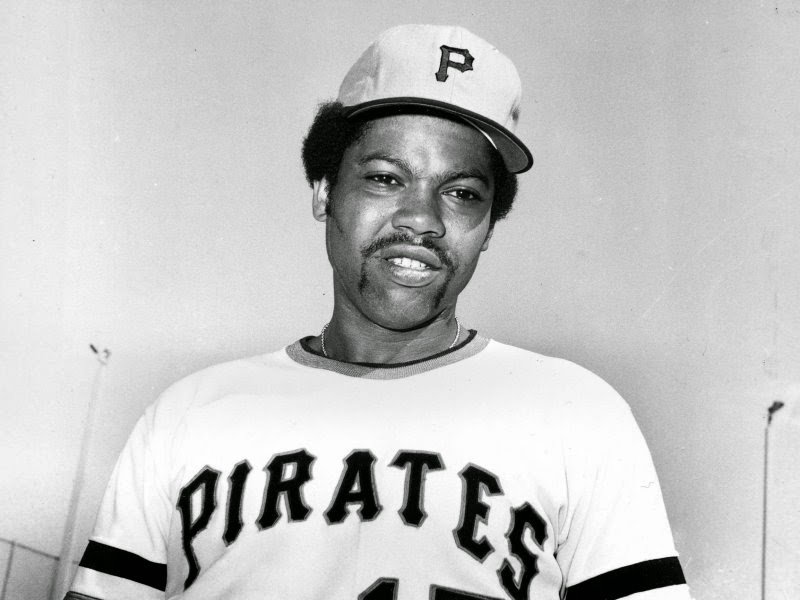 Ellis also pitched a now-infamous no-hitter in 1970. What makes this achievement infamous is that Ellis later said he was under the influence of LSD at the time. Ellis was one of the most controversial American professional athletes of the 1970s, and the film NO NO: A DOCKUMENTARY examines Ellis' life and times.

When I was a kid I read the book DOCK ELLIS IN THE COUNTRY OF BASEBALL, which Ellis wrote in collaboration with poet Donald Hall. The book had all sort of wild stories in it, but after watching NO NO I realized that the book only scratched the surface when it came to the personality of Dock Ellis. The documentary mainly deals with Dock's glory days in the early 70s with the Pirates. As a outspoken black man during this period, Ellis was a lightning rod for controversy. Many of the people interviewed for this film say that Ellis was misunderstood, but while viewing this one has to admit that the man often went out of his way to get himself into trouble.

The major highlights of Ellis' career are covered, including his World Series appearances, the mammoth home run he gave up to Reggie Jackson in the 1971 All-Star game, and of course his no-hitter. Ellis is quoted in this film as saying every game he ever pitched in the Majors was under the influence of some kind of drug. The widespread use of amphetamines in the Majors during the 1970s is discussed (Ellis apparently popped greenies like candy), and some of the revelations may disappoint old-school baseball fans.

During his playing days Ellis was heavily addicted to drugs & alcohol. It certainly affected his performance--during one game in 1974 an angry Ellis decided to knock down every single Cincinnati Reds batter that came to the plate (needless to say, he didn't last very long on the mound that day). This documentary covers Ellis' wild lifestyle in such detail that one wonders how he was even able to pitch effectively in the Majors for a decade. But this is not a celebration of 70s excess--the film makes very clear that Ellis' actions had unfortunate consequences for himself and his friends and loved ones.

After his career in baseball was over, Ellis went into rehab and became a drug counselor. He spent the rest of his life trying to help those who had made some of the same mistakes as he had. After watching this documentary one is content that Ellis was able to turn his life around--but that content is mixed with a sadness on realizing how great Ellis' baseball career might have been.

NO NO: A DOCKUMENTARY (directed by Jeffrey Radice) features interviews with dozens of Ellis' family members, friends, and teammates. Any 1970s baseball fan will be familiar with the many ex-players appearing on camera. There's also quite a lot of footage and audio of Dock himself discussing his life and career. The most powerful moment in the film is audio of Dock breaking down and crying while reading a letter written to him by Jackie Robinson.

For baseball fans this film is a treasure trove of vintage footage (Pittsburgh Pirates fans should watch this just for the fact that it is kind of a mini-history of the team during the Seventies). NO NO definitely has a Seventies period vibe, right down to the funky soundtrack. You don't have to be a baseball fan to appreciate this film--anyone interested in American social history would enjoy it. Dock Ellis was truly a man of his times.