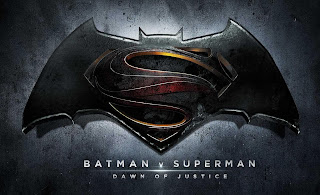 Overlong, overstuffed, and unfocused, BATMAN V SUPERMAN: THE DAWN OF JUSTICE is, in the end, a frustrating film. Frustrating because it has moments--few of them though they may be--where it comes achingly close to accurately portraying the DC Universe I know and love.

What really hurts BVS is that it is a sequel to MAN OF STEEL, a movie that has plenty of problems of its own. I didn't like the way that Henry Cavill's Superman was established in MAN OF STEEL, and he's not much better in BVS--he comes off as cold and confused. Ben Affleck's Batman gets the showier story arc--he's mean, surly, and determined, and he also appears to have forgotten how to shave (or maybe Alfred didn't pick up a new can of Barbasol?).

Seriously, Affleck as Batman wasn't the train wreck I thought it was going to be. I'll even go so far as to say he's more impressive in the role than Christian Bale ever was (which isn't all that much of a compliment if you know how I feel about the Batman theatrical films). The seething anger that Batman carries toward Superman throughout this story winds up being thrown away in one of the most disappointing endings to a fight scene that I've ever experienced in a movie theater--and since that fight scene is supposed to be the main purpose of this film, it can't help but leave you disappointed.

What's even more disappointing is the portrayal of main villain Lex Luthor. Whoever thought that rebooting Lex into a snarky, ADD afflicted millennial was a good idea....well, that person shouldn't be allowed to work on any more DC movie adaptations. Jesse Eisenberg gives one of the most annoying performances this side of Jonah Hill and Seth Rogen. As for the other villain, Doomsday.... he reminded me too much of a cave troll from THE LORD OF THE RINGS.

BVS suffers from way too many subplots and detours--you could have made about five different movies from all the material here. If the movie had been learner and tighter--and if it had been directed by someone other than Zach Snyder--it could have worked a lot more effectively. BVS also could have used a different cinematographer--this is one of the darkest & murkiest films I have seen in a while. There were more than a few shots where I could barely make out what was going on.

Now that I've done all my usual superhero movie whining & moaning, what were those moments I was referring to? Gal Gadot does very well despite very little screen time as Wonder Woman. (This makes me wonder though--is she impressive because we don't see all that much of her? In other words--when she's starring in her own film, and the character is on the screen constantly, how will audiences react?) The actual Batman/Superman battle is quite good, even though both heroes (and the moviegoers) get the rug pulled out from under of them. The money shot of Batman, Superman, and Wonder Woman all lined up and preparing to fight Doomsday even made me smile--you've got to admit that's a prime geek moment, seeing three of DC's greatest superheroes all together in a live-action theatrical feature.

But in the end it's still not my vision of the DC Universe. It's a first, tentative step....but BVS had the deck stacked against it from the beginning due to Warner's bass ackwards plan of making an AVENGERS-style entry first instead of taking the time to establish the important individual characters of the Justice League. BVS isn't as ungodly horrible as some have made it out to be--but it's still not the DC Comics movie that we deserve.