Do you want to hear the story behind the very first home video purchase I ever made? Well, too bad, because I'm going to tell it anyway. What inspired me to write this post is something I saw on Twitter yesterday.

One of my favorite Twitter sites is @Super70sSports. It is one of the funniest and creative sites on the internet, and if you were a kid in the 1970s and 80s, and enjoy a politically incorrect sense of humor, you really need to follow it. Yesterday @Super70sSports posted this photo: 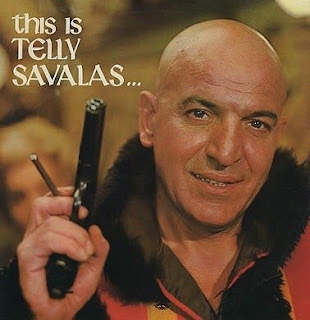 This is actually a record album cover--yes, Telly Savalas was a recording artist among all his other talents. The picture used for the cover comes from the production of HORROR EXPRESS, the fantastic Euro-Gothic thriller starring Peter Cushing and Christopher Lee. I was going to tweet a reply about where the photo came from, but @PaulWegnerNC had already mentioned that it might be from HORROR EXPRESS. I replied to Paul that yes, it was indeed from that film, and he responded that it was no surprise that I knew that because of my Twitter handle...which happens to be Dan Day at 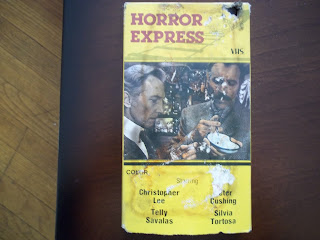 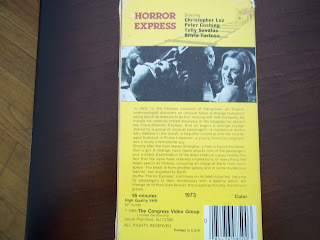 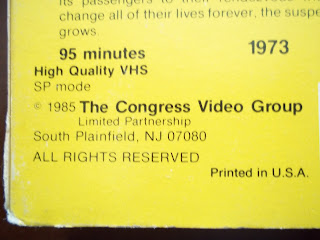 Notice the copyright date--1985. And it was in High Quality SP mode!!!

When it comes to 1980s VHS box cover art, this particular release of HORROR EXPRESS is nothing special...but hey, it has a picture of Cushing & Lee examining an eyeball on the front, so what more do you need?? What gets me is the illustration of a choo-choo train in the top corner--it looks like something from a children's book.

Even though this tape is basically useless now, I'm going to continue to keep it for sentimental reasons alone. It was the first item in a long, long list of video tapes, DVDs, and Blu-rays I've bought over the years. I've spent way too much of my hard-earned money on this stuff...the last time my Dad was staying over at my house, he told me, "If you hadn't of bought all this crap, you'd be rich right now!!" Well, maybe...but I probably just would have spent that money on something else.

Most folks remember extensive details about their first date, or their first car...I have vivid memories about buying a cheap VHS tape.