Some Of My Favorite Movie Casting Decisions 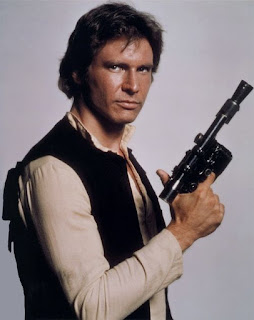 The idea for this post comes from my brother Robert.

When it comes to discussing great movie casting decisions, one has to be careful not to veer into "Hindsight is 20/20" territory. Just about any movie that is critically or financially successful will be credited for having great casting. Most popular movie character portrayals are so iconic that it's almost impossible to imagine another performer essaying the role. Is having Clint Eastwood play The Man With No Name or Dirty Harry an example of great casting...or is it a choice that was just patently obvious?

If you are a fan of a certain actor, you'll mostly think that anything they appeared in was a great casting decision. For those performers you don't like, you'll think the opposite is true.

One also has to take into account that how we perceive certain movies--and certain performances--changes over time. For years, George Lazenby as James Bond in ON HER MAJESTY'S SECRET SERVICE was considered one of the ultimate examples of miscasting--but now the film, and Lazenby's version of 007 is looked upon more fondly. I have a feeling that many of the comic book films--and the casting in them--that saturate the market and the public's attention these days may not hold up too well a few decades from now.

The reason I titled this post "Some of my favorite movie performances" is that there's no way I can pick all the ones I feel that are notable throughout the entire history of cinema in just one list. For this one I'm going to try and pick those decisions that had some doubt or unusual aspect to them. If you have some great casting decisions of your own, please feel free to leave a comment here or on The Hitless Wonder Movie Page.


James Stewart in BROKEN ARROW
I could have easily chosen Stewart's role in WINCHESTER '73, but BROKEN ARROW was filmed first (even though it was released later). Both films established Stewart as a tough, rugged, and complicated Western hero, and the actor's later portrayals in the genre established his post-WWII image. How many people back in 1949 would have imagined Stewart as a Western star?

Harrison Ford in STAR WARS and RAIDERS OF THE LOST ARK
There's all sorts of urban legends about the different actors supposedly "considered" for the role of Han Solo in the original STAR WARS. Most of these legends are just cheap clickbait, but the fact is George Lucas took a chance on picking Ford. I'd say it worked out pretty well. As for RAIDERS OF THE LOST ARK, most people know that Tom Selleck was going to play Indiana Jones, but decided to star in the MAGNUM P.I. TV show instead. I know there's going to be a younger Han coming out soon, and there's already been younger Indiana's, but Harrison Ford is the real Han and Indy.

Brigitte Helm in METROPOLIS
What exactly did Fritz Lang see in a unknown teenage girl who had no acting experience whatsoever?? Whatever it was, it enabled him to allow Helm the opportunity to give one of the most iconic performances in cinema history.

John Wayne in SHE WORE A YELLOW RIBBON
In essaying the role of Capt. Nathan Brittles, Wayne was essentially playing a man roughly 20 years older than himself--and he did it brilliantly. It is said that John Ford cast Wayne in the role after being impressed by the Duke in RED RIVER, but if Ford wasn't confident in the actor's abilities he wouldn't have used him at all to begin with.

Peter Cushing in HORROR OF DRACULA
If you go by how Dr. Van Helsing was portrayed in Bram Stoker's novel, having Cushing play the character would not be a good choice. Cushing was much younger, and much more typically English than Stoker's Van Helsing. But Cushing's Van Helsing is now the standard by which all movie monster fighters are compared to.

Errol Flynn in THE ADVENTURES OF ROBIN HOOD
Warner Brothers was seriously considering James Cagney, of all people, for the role of Robin. That would have been...unique, but honestly, how could you have not cast an in-his-prime Errol Flynn?

Boris Karloff in FRANKENSTEIN (1931)
Universal was planning to use Bela Lugosi as the Frankenstein Monster, due to his success as the Count in the '31 DRACULA. There's a number of stories on how Boris Karloff was finally cast, but no matter which one you believe, it was a fantastic decision that had major ramifications for fantastic cinema. Karloff went on to become the greatest all-around actor in classic horror film history.

In upcoming posts I will discuss some casting choices that were not my favorites, and some of my favorite ensemble movie casts of all time.