Why Do You Watch All Those Dumb Old Movies? 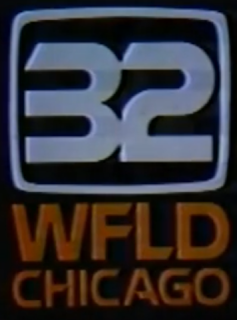 The question that is the title of this post has been asked of me numerous times. It is usually followed by something like "Aren't you too young to get into that stuff?"

First of all, the idea that age, or economic background, or social status, precludes you from involving yourself in a certain activity is ridiculous. If you think that idea is true, then there's a whole bunch of stuff you're going to be missing out on in life.

Yeah, most of the movies I enjoy were made before I was born. So what? Most of the greatest books ever written were created hundreds of years ago. Does that mean that they cannot be enjoyed by new generations? Same thing with movies.

When I was a wee little kid, in the late 1970s, there wasn't any cable or satellite TV. You had a few local stations, and a couple independent ones that you might be able to pick up. Living in South Bend, Indiana, my family was able to get a few Chicago stations, including WGN and WFLD.

Back in those days, all the TV stations, even the network affiliates, would run old movies. So even as a little kid I was exposed to them. If you got a chance to stay up late at night, about the only thing that was on was--old movies.

One of the South Bend channels, Channel 46, ran Three Stooges, Our Gang, and Laurel & Hardy shorts every afternoon. Because of this I was exposed to classic film comedy at a very early age--and I'm thankful for it. I saw plenty of Buster Keaton and Harold Lloyd when I was a kid.

Of course WFLD 32 out of Chicago was the home of Svengoolie, where I saw just about every classic horror film for the first time. Channel 32 showed tons of classic films, as did Channel 9. I watched them not because I was supposed to--I watched them because they genuinely interested me. I don't think young people get that type of exposure to classic film today. Yes, there's Turner Classic Movies--but because TCM is branded as "the old movie channel" I have a feeling a lot of people may avoid it.

In today's world, you have cable, satellite, dish, etc. You have hundreds and hundreds of channels--and choices. You also have the internet, YouTube, Redbox, Netflix...if you want to see a certain movie, you are now just about able to access it instantly. And with Amazon and ebay and dozens of other sites, you can order just about any movie you want on home video.

All that stuff is great, especially for a film buff like me. But all these choices makes it easier for someone to miss out on a lot of material. We are now our own network programmers. If you want to sit around and do nothing but watch THE WALKING DEAD 24 hours a day, you can do that. There's nothing wrong with have your own choices in entertainment. But it's kind of like ice cream--wouldn't you get kind of bored eating it every single meal?

One of the cool things about being a kid was those times when you were able to stay up late. It seemed like whenever I did, I was always watching some old movie I had never heard of before. The element of discovery is a wonderful thing. Those nights of staying up and being introduced to a great film, or a great actor or actress--those experiences stay with you forever. That's how I developed my love of classic cinema. It wasn't through a class, or through somebody telling me "Watch this!" I kind of feel jealous when someone mentions that they are going to see a great movie for the first time, because there's no other feeling like it.

I honestly don't know if kids feel the way that I did whenever they watch films. We are so inundated with media that I think most people take entertainment for granted. I think that's one of the reasons why today's entertainment, in my opinion, is so underwhelming. What amazes me the most about all those "old movies" is the fact that so many of them were made under so many restrictions. They couldn't show certain things, they couldn't cover certain subjects, they couldn't use certain language, they couldn't address certain issues--yet those "old movies" are far more meaningful to me than the movies I'm "supposed" to watch.

The makers of classic films were literally put into a box--and yet they made movies which stand the test of time. The makers of today's films can do literally anything--yet their work winds up forgotten just about five minutes after you've watched it. (I'm not advocating censorship, by the way...I'm just making a point.)

So I'm always going to love all those dumb old movies. Am I weird? I've been called that plenty of times, and far worse things as well. One thing I do know....I'm never going to change, not for anyone or anything.