For the third year in a row, I attended the summer Monster Bash Conference held in Mars, Pennsylvania on the weekend of June 19-21. Once again I got together at the Bash with independent filmmaker Joshua Kennedy. At the October 2014 Monster Bash Josh got the great privilege to be able to shoot a video with Martine Beswicke. This year Josh personally presented the video to a number of Bash attendees, and his work got a huge positive reaction from the crowd--for the rest of the weekend several people came up to Josh and told him how much they enjoyed it. 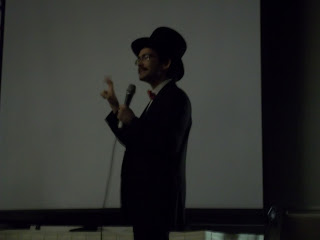 Josh Kennedy at the screening of his video 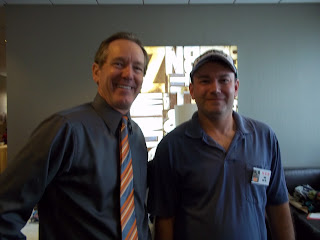 Of course it wouldn't be a Monster Bash without at least one Hammer Glamour lady...this time it was Valerie Leon, best known for her leading role(s) in BLOOD FROM THE MUMMY'S TOMB. Valerie was a bit imperious in that film, but in real life she's anything but. I found her to be a very nice lady who seemed to be delighted to be part of the weekend's festivities. 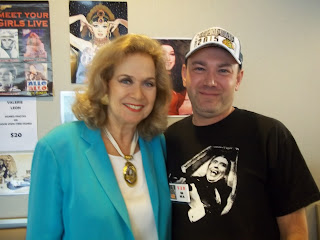 
Victoria Price, daughter of Vincent Price, was at the Bash again as well. I asked her if she had been at any Dodgers games this year, and she told me that she has been so busy traveling around the world that she has not had the opportunity to go to one yet.

A certain famed classic horror monster appeared at the Bash--the actual remnants of the original Blob!! 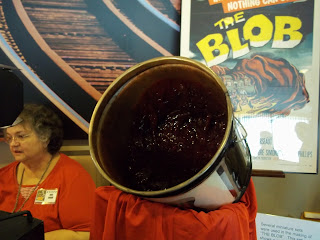 The preeminent classic horror film historian, Greg Mank, gave two great talks: one on the 80th anniversary of BRIDE OF FRANKENSTEIN, and another on the Universal Mummy movies. Frank Dello Stritto had a very insightful and informative forum on how British film censors reacted to the horror movies of the 1930s. And Saturday night, at midnight, a special tribute was given to the late Sir Christopher Lee. The video for this tribute was produced by Charles Henson, who makes all the wonderful video tributes to the Bash special guests.

The annual Monster Bash Conference is truly a special event, and Ron Adams and his team deserve to be singled out for the fantastic job they do in putting everything together and making the weekend turn out the way it does. 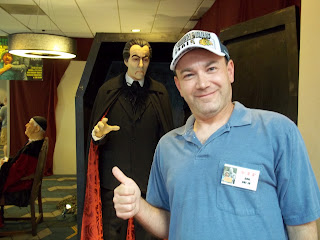 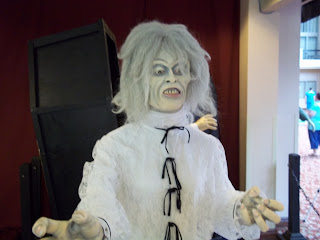 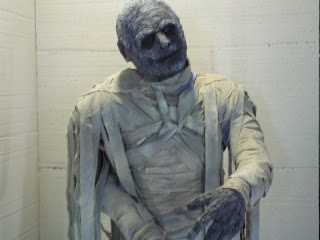