While watching the Blu-ray of THE HUMAN MONSTER, a realization popped in my head. In that movie Bela Lugosi is assisted in his villainous activities by a disfigured hulking blind man played by Wilfred Walter. It occurred to me that throughout his screen career Lugosi had many unique "helpers" who didn't wind up helping very much.

Bela's cinematic personal assistants were not exactly model employees. They usually had various mental and physical debilities, and they were socially inept. Some of them had severe anger management issues, and some of them were not even human (Bela's characters apparently had a fondness for hiring apes).

Good help is often hard to find, but for Lugosi in particular his quest for good help seemed impossible. His collection of bizarre associates constantly ruined Bela's plans, sometimes undermining them on purpose. The "help" was so bad that many times Lugosi wound up doing the dirty work himself. A number of times Bela's assistants succeeded only in assisting him to an unexpected demise. In a few of his films Lugosi had more than one of these types of helpers, which just meant he had twice as much trouble dealing with them.

You'd think that Lugosi's characters would have learned after awhile, but they never did. A cursory examination of Bela's filmography reveals a long list of titles that featured a very dysfunctional labor force:

I'm sure there were some titles I missed, but you get the general idea.

The main villain having a strange unusual assistant is an important element in several classic horror films, but it seemed to fit Bela's acting style perfectly. Lugosi appeared to enjoy bossing his pathetic help around, or threatening them when things weren't going his way (he wasn't adverse to using a whip on them either). When one looks back on Bela's film career, it's hard to remember when he didn't have a maniac, or a dwarf, or a fake gorilla shuffling alongside him.

So what can we learn from this blog post (other than I have way too much time on my hands)??

If you are reviewing someone's resume, and you find out that they worked for Bela Lugosi at one time, you may not want to hire that person. 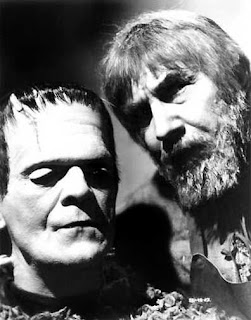