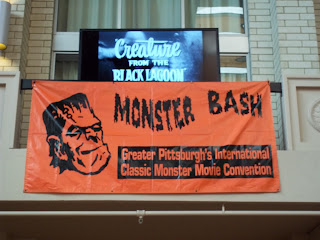 On the weekend of July 19-21, I attended Monster Bash 2013 in Mars, Pennsylvania (not to far away from Pittsburgh). It was my first time at a Monster Bash, and I had a great experience. If you are someone who is a huge fan of classic horror films, I highly recommend going to a future Monster Bash if you are able to.

There was a ton of movie memorabilia on sale (which I tried to avoid, considering all the money I spent on a hotel room, gas, tolls, etc.). The main reason I went was to meet the impressive lineup of autograph guests. I think it's pretty cool to encounter people you've watched on TV or the movies since you were a kid.

One of the most interesting guests I met was Donnie Dunagan. He was a child star in the 1930s. His most famous on-screen appearance was in SON OF FRANKENSTEIN, as the young child of Basil Rathbone's Baron Frankenstein (which means Donnie was the REAL Son of Frankenstein). Mr. Dunagan was also in TOWER OF LONDON....and he was the voice of Bambi! After his acting career he became a U. S. Marine. 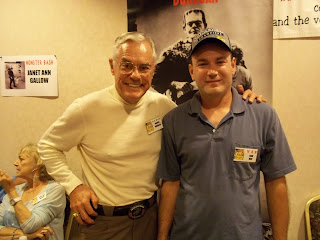 I also met John Saxon, who was in dozens of films and TV shows. He co-starred with Clint Eastwood in JOE KIDD, and he was in A NIGHTMARE ON ELM STREET, but probably his most remembered role was fighting alongside Bruce Lee in ENTER THE DRAGON.

I also had a chance to talk to Daniel Griffith of Ballyhoo Motion Pictures. If you've read some of my blogs on recent Hammer Blu-rays, you'll know that it's Ballyhoo which is responsible for the fine extras and featurettes that are on those discs. Griffith presented three new documentaries from his company at Monster Bash: one on the making of THIS ISLAND EARTH, one on the Universal career of director Jack Arnold, and one of the making of THE MOLE PEOPLE. All three were very well done and hopefully they will be available for everyone to see soon.

Geri & Jill Howard, the daughter-in-law and granddaughter of Shemp Howard, were at the Bash and I got to meet them and tell them that I've been watching their relatives my entire life. They also did a Q & A session where they told some very interesting stories about Shemp and the Howard family.

Frank Dello Stritto held a forum in which he gave out to the crowd mimeographed copies of 1940 census information concerning such horror stars as Karloff, Lugosi, Chaney Jr., Atwill, etc. It was a fascinating talk....looking at those sheets made you realize that these were real people with real lives...but I had to wonder about whether the people listed on these sheets would have really wanted this info being discussed at a monster movie convention years later.

There was also an Abbott & Costello tribute act. For those wondering what Abbott & Costello impersonators would be doing at a monster movie convention, just remember that A & C met Frankenstein, the Invisible Man, the Mummy, Dr. Jekyll & Mr. Hyde...Bud & Lou fought more monsters than Peter Cushing! The guys were great (I wish I knew their real names to give them proper credit), and of course they performed "Who's On First". They were dead perfect...these guys had the routines down cold.

There were so many other things I did (and a number of things I didn't get to do), but I think you get the idea about how much stuff goes on at a Monster Bash. There was one other special person I met at the Bash...but that will be the subject of an entirely different blog post. 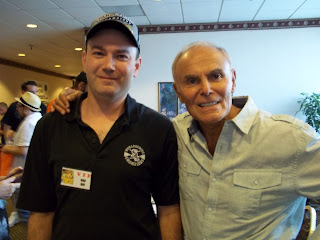 John Saxon and I 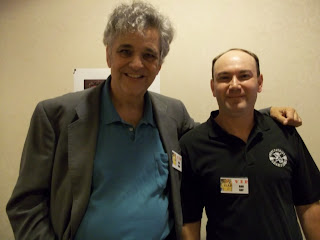 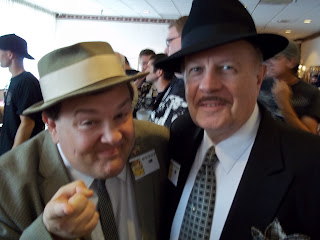 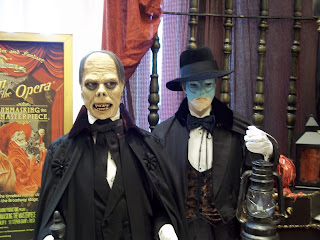 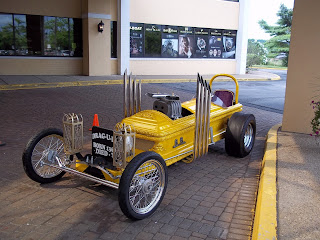 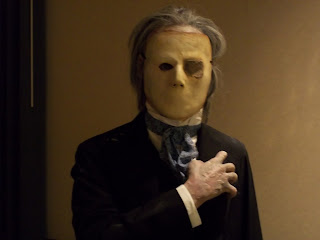 Wax figure of Hammer's version of the Phantom of the Opera 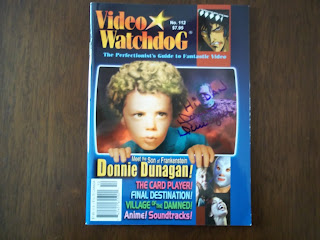 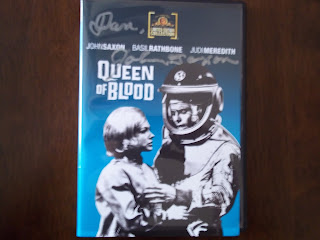