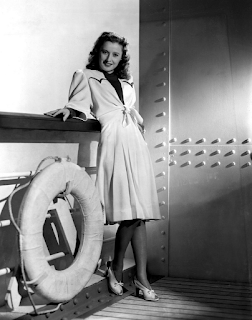 This weekend, a Barbara Stanwyck blogathon is being hosted by http://thegirlwiththewhiteparasol.blogspot.com. I wrote this post last year, but it best reflects my feelings for one of my favorite movie performers.

I honestly think that Barbara Stanwyck was the greatest film actress of all time. She could play just about any role. She could be warm and kind, or bitter and dangerous. She could be attractive and alluring, or she could be plain and unlikeable. She could play a working class girl, and play a woman to the manor born. Stanwyck appeared in musicals, comedies, soap opera style dramas, film noirs, historical epics, westerns.....she worked in just about every genre of film, and she fit right in with all of them.

I think what made Stanwyck so versatile was her hardscrabble background. She always referred to her career as "work", and that's why she was able to play so many different roles in so many types of films. She didn't think of herself as a star, and she took on parts that very few of her contemporaries would have done (or done well if they had). Her outstanding work ethic enabled her to approach every movie with real emotional intensity. When you watch Stanwyck, no matter what the circumstances, you never feel she's being "fake".

Of course, there are those famous "Stanwyck Moments" (like the beginning of THE MIRACLE WOMAN) where she just absolutely lets rip, and you can almost feel the paint peeling off the walls. But her acting ability was more than just yelling and screaming--Stanwyck could get across more with one look than several other actresses would with a dozen pages of dialogue.

My favorite Barbara Stanwyck performance is BALL OF FIRE, but I have to admit that my favorite Stanwyck scene is the ending of STELLA DALLAS. Stanwyck is standing outside a window, in the rain, watching her daughter's high-class wedding. She doesn't break down sobbing, and she doesn't move away listlessly.....she walks briskly away, head held high, with a satisfied smile on her lips. Stella Dallas isn't a loser...she's a winner.

THAT'S what always comes to my mind when I think of Barbara Stanwyck. 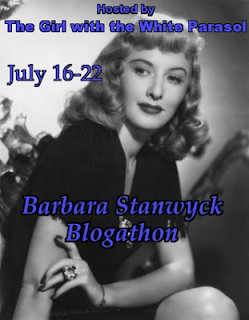