I WAS A SPY 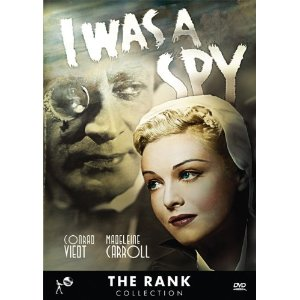 One of the most obscure World War One movies is I WAS A SPY, which was produced by Gaumont-British in 1933. The story is based on the real-life adventures of Belgian Marthe Cnockaert, who passed information to Allied agents while working as a nurse in a German military hospital during World War One. The film was released on DVD a couple years ago by VCI Home Entertainment.

I WAS A SPY is very different from most WWI films in that the setting is a occupied Belgian town instead of the usual trenches or airfields. The incidents involving the Belgian citizens and their relationship with the German Army seems more akin to a movie about WWII. A number of scenes dealing with espionage would be pretty cliche about ten years later, but they seem original when placed in a WWI drama. This is not strictly a "war" film, due to the fact that there are no major battles staged, but the conflict is never very far away--in just about every scene there are German soldiers somewhere in the background.

Despite her usual patrician manner, Madeleine Carroll is excellent as Marthe. What makes her character unusual is that while Marthe is spying on the Germans, she's still also doing her best as a nurse. Marthe is even awarded the Iron Cross (as did the real Cnockaert). Her beauty and grace attract the attentions of the Town Commandant, played by Conrad Veidt at his villainous best. Veidt gives off an almost reptilian quality--one wants to cringe when he tries to seduce Marthe. But at the same time, Veidt never overacts and keeps the Commandant from becoming an over-the-top caricature.

Herbert Marshall's character works in the same hospital as Marthe, and he is a spy as well. Marthe falls for him, which leads to the familiar "duty before love" subplot. It is nice that Carroll does not act like a Mata Hara, and Marshall is nowhere near the typical dashing espionage agent.

Director Victor Saville keeps things going at a fast pace throughout the 86-minute running time. This is not a very well-known production--I had never heard of it until I saw it listed on Amazon. But it is certainly of interest for those who are WWI and history buffs. I WAS A SPY will also appeal to those who enjoy classic British Cinema, and classic British film performers. 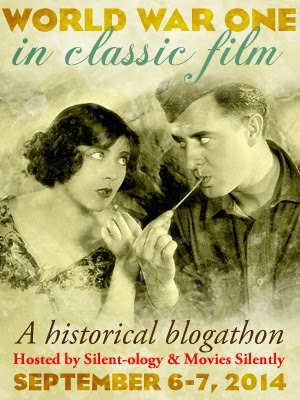