I'm a voracious reader. I've found that most film buffs are. Before the Internet and the home video revolution, the only way you could find out about a number of films was through movie history books. Now, because of the Internet and cable movie channels, more and more films are being rediscovered or looked at in a new way. There are a number of publishers who specialize in topics related to the cinema. Some of the best are Bear Manor Media, Titan Books, and of course McFarland (unfortunately their books are pretty expensive).

I own dozens and dozens of movie books, including some from the Citadel Film Actors Series (I really wish somebody would start that line up again). What makes a film-related book great, in my opinion, is not just the information involved, but the way it is presented. Does it give you a new perspective on a movie you've seen a dozen times? Does it make you want to see a movie you probably had no interest in? Does it make a famous performer into a real human being, instead of a tabloid subject?

I found it very hard to limit myself to just five books. Each book I mention I actually own. These are my favorites because they made me better informed as a film fan, and increased my love for the subject. 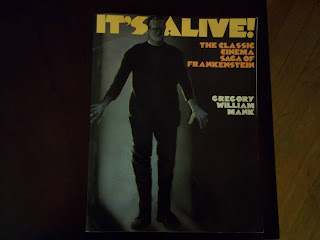 1. IT'S ALIVE!: THE CLASSIC CINEMA OF FRANKENSTEIN by Gregory William Mank
I first discovered this book at the South Bend Public Library back in the Eighties. Greg Mank is the ultimate historian of the Golden Age of Classic Cinema Horror. His love and respect for the men and women involved in making these productions, and his uniquely entertaining writing style make his work a must-read for film buffs. Even though this was written 30 years ago, it is still the masterwork on Universal's Frankenstein series. It gives you all the relative "making-of" facts.....but it reads like a historical novel about a extended, eccentric family instead of a movie history book. There have been rumors that a revised edition is in the works....one can only hope so.

2. ENGLISH GOTHIC: A CENTURY OF HORROR CINEMA by Jonathan Rigby 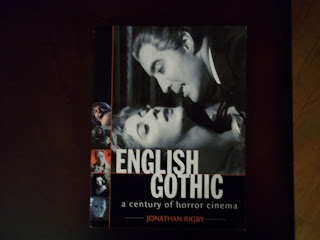 Anybody who knows me knows how much I love British horror films. Rigby's work is the definitive volume on the subject. He doesn't just deal with the Hammer period--the book starts in the silent era and goes up to the present day, covering about a hundred films. Rigby gives each one an informative take, and each movie is placed within the context of British cinema (and social) history. Not just a good "monster movie" book--it's a game changing view of British contemporary culture in the late 20th Century.

3. THE GENIUS OF THE SYSTEM by Thomas Schatz 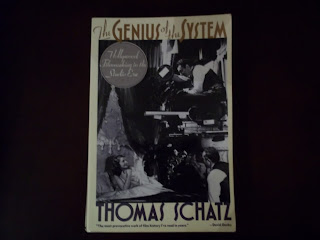 I bought this book in the nineties, and it is the most concise, complete history of the Golden Age of Hollywood that I have ever read. When most people think of Classic Hollywood, they think of individuals actors, or directors, or personalities. This book reminds us it was the studios that made the Golden Age happen, whether film buffs want to admit it or not. All the major Hollywood studios are discussed, along with their house style and their business practices. Schatz goes all the way to the TV era, when the studio system began to decline. This is a great gift for anyone who is just beginning to learn about classic cinema.

4. THE MAKING OF STAR WARS by J. W. Rinzler
This was released in 2007 to coincide with STAR WARS' 30th anniversary. It's a huge book, detailing all facets of the film's production, with tons of rare photos and images. STAR WARS (the original theatrical version) is my favorite movie of all time, so you can see why I would have this book on my list. Rinzler's THE MAKING OF THE EMPIRE STRIKES BACK is excellent as well. 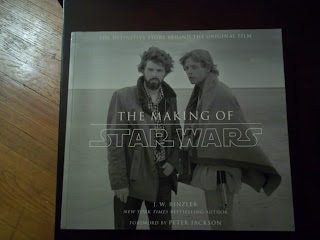 5. VERTIGO--THE MAKING OF A HITCHCOCK CLASSIC by Dan Auiler 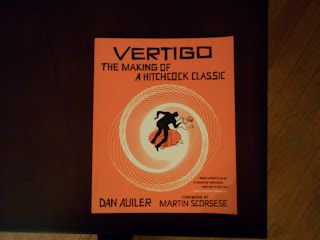 This is another "making-of" book about one of my all time favorite movies. It's an incredibly meticulous work concerning an incredibly meticulous film director. There have been hundreds of books written about Alfred Hitchcock (and I own a number of them), but this stands out due to it's insight on how the man went about his craft. It also steers away from gossiping about Hitchcock's personal life (which a lot of the other books seem to wallow in).

SEARCHING FOR JOHN FORD and FRANK CAPRA: THE CATASTROPHE OF SUCCESS by Joseph McBride; FRITZ LANG: THE NATURE OF THE BEAST by Patrick McGilligan; THE MEN WHO MADE THE MONSTERS by Paul M. Jensen; PETER CUSHING: THE GENTLE MAN OF HORROR AND HIS 91 FILMS by Deborah Del Vecchio & Tom Johnson; and THE STAR MACHINE by Jeanine Basinger.
Posted by Dan Day, Jr. at 11:41 AM