GOD'S GIFT TO WOMEN is a strange 1931 Pre-Code comedy from Warner Brothers. It was directed by the legendary Michael Curtiz, and it features a number of actresses that have rather notable reputations among film buffs today.

The movie is set in Paris and stars vaudeville comic Frank Fay as a notorious ladies man. Fay is introduced walking into a nightclub with an entourage including Joan Blondell, Louise Brooks, and the Sisters G. You'd think with that type of arm candy the guy would be plenty satisfied--but he immediately is attracted to a young blonde female sitting at a table played by Laura La Plante (the star of the silent THE CAT AND THE CANARY). La Plante is an American who has a rich father, and her daddy isn't too happy to find out about Fay's history of being a lady killer. Fay tries to tell the father (who is played by Charles Winninger) that he's willing to change his ways and give up his partying life and settle down, and the father sends a doctor to examine him. The doctor tells Fay he must give up all excitement--especially women--or he will assuredly have a heart attack. Fay spends the rest of the film trying to avoid his former lovers and figure out a way to get back to La Plante.

I don't really know all that much about Frank Fay, other than he was a bad husband to Barbara Stanwyck. My good friend Steve Zalusky, who is an expert on American pop culture of the 1920s and 1930s, informs me that Fay could be considered the inventor of stand-up comedy, and that he was a early version of Bob Hope and Milton Berle. Fay must have had something going on back then to get lead roles in Hollywood films and to win the hand of Stanwyck, but from my viewpoint of just watching his performance here I can't figure out what that was. In my opinion Fay certainly isn't believable as a out-and-out Romeo type (to me he kind of resembles Liberace). Maybe the whole point of Fay being cast in this role was something of a joke--but he doesn't seem all that appealing or entertaining in this film. He also doesn't seem anything like the sophisticated European he is supposed to be playing. Maurice Chevalier would have been perfect to play Fay's role.

The most interesting thing for me about GOD'S GIFT TO WOMEN (and the main reason I watched it) was the female cast. Joan Blondell and Louise Brooks are worth watching in any cinematic situation. I'm quite interested in the Sisters G now after seeing them on the Criterion Blu-ray of KING OF JAZZ. The movie also has Margaret Livingston, the vamp of the famous silent SUNRISE, as yet another of Fay's lovers. Unfortunately none of those ladies I've just mentioned get to do all that much. We are treated to the sight of both Blondell and Brooks in lingerie, and they even engage in a catfight. Sadly (especially for old movie weirdos) the entire sequence containing such pleasures is rather brief. According to my internet research GOD'S GIFT TO WOMEN featured a few musical numbers, including one showcasing the Sisters G, but they were cut out before the film's general release. The result is that the Sisters are in the background of a few scenes and nothing more. Margaret Livingston only gets to appear in one sequence. Even Laura La Plante, who is supposedly the lead female character, has very little chance to shine--one just wonders what her character sees in Fay. 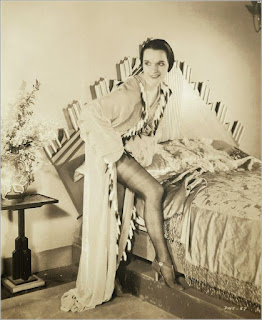 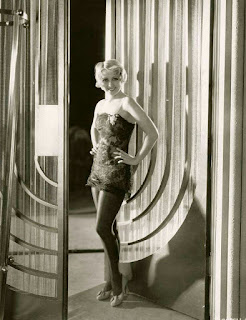 Frank Fay dominates the proceedings here, and depending how you feel about him will determine how you feel about GOD'S GIFT TO WOMEN. I didn't find Fay all that funny, and I wished the script had taken better advantage of all the actresses involved. Michael Curtiz tries to bring some visual flair to the tale when he can, but it's basically a drawing room farce. Let me put that another way--the movie tries to be a drawing room farce, but it comes off to me as weird instead of risque.