What Ever Happened To The Great Movie Posters?

Think back to the last time you went to a theater to see a movie. What did the movie's poster look like? Did it make any impression on you at all? Do you even remember it? Chances are you can't even picture it in your mind. If the average feature film has gotten less memorable in recent years, then so has the average movie poster. 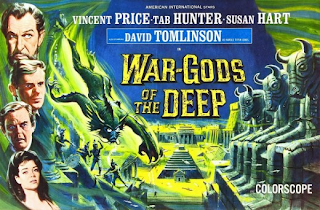 Now let's take a look at this poster. This isn't from a very great film--in fact, it's not even a great Vincent Price film. But look at that image! Have you seen any movie posters from the last couple years that can even match this? 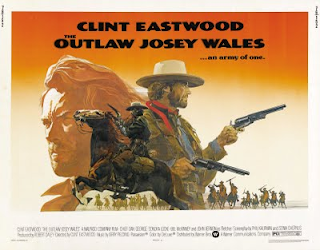 Now here's a poster from a film that really is great. Once again, it visually blows away anything made recently. You can't go wrong showing Clint Eastwood holding a gun, but this has an iconic quality to it. It makes me want to go and put in my DVD of JOSEY WALES right now. 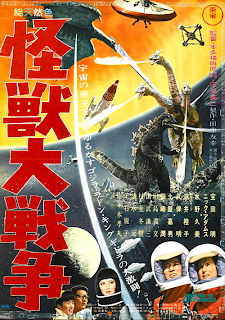 Here's a Japanese poster for INVASION OF ASTRO-MONSTER. The Japanese film industry is well-known for their unique and eclectic poster designs. Many times the posters for a kaiju movie are a lot more entertaining than the movies they represent.

In today's movie world a poster isn't as important as it was before. Because of the internet and the demise of print media, most viewers probably won't even see the poster for the very subject they happen to be watching.

There's nothing as cool as owning a great movie poster. It's also a major decorative statement for geeky single guys. Go to any speciality shop at just about any shopping mall and there's going to be reproductions of movie posters on sale. But...notice that those posters are usually from years ago. Certainly the nostalgia factor has something to do with that, but very, very few modern-day movie posters are worthy of being reproduced...or being hung in someone's den. 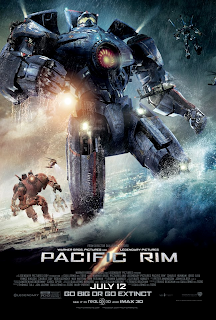 I did an image search for "Pacific Rim movie poster" and this is the most common entry I found. It's okay, but for a movie like PACIFIC RIM I think it's sort of lacking. If you try looking at it from a distance it kind of looks like a poster of an Iron Man movie--and I get the feeling that may have been intentional.

You would think a movie like PACIFIC RIM--which has so many things going on in it--would inspire a number of great movie poster designs. But no, this is the most common one. A fantastic summer blockbuster deserves far more than this.

I own about a half-dozen or so movie poster books--one on Clint Eastwood movies, one on Hammer Films--but my favorite is a volume published by Dorling Kindersley on the James Bond series. It's a massive tome, and in the beginning there are many different posters, from many different countries, for each Bond film. But when you get to QUANTUM OF SOLACE, it's the same generic image for each and every poster, no matter the size of the poster, or the country that it is meant for.

Today movie posters are not created in the normal sense--they're basically photoshopped. One standard image, or "theme" is used, and this image is not deviated from throughout the advertising. I've read that studios do this to make it easier for them to "sell" the movie--they don't want to confuse the audience with various examples of posters. And that's the main reason why the modern movie poster is so bland--it's been homogenized. It is generic advertising for a generic product, designed for a generic audience.

Back in the day, almost every movie poster was designed and created by an actual artist. That almost never happens anymore. I've read that studios don't use real artists now because it's cheaper to do it the photoshopped way. If that's true, it's amazing that an industry that will spend $250 million on a movie like THE LONE RANGER can't even cough up enough dough to have a person with creativity produce an arresting image.

If you really want to see great examples of modern movie poster art, check out the posters created by the internet fan community. It's ironic that so-called amateur geeks can make a better movie poster than million-dollar advertising companies can. Or is it that today's movies just don't inspire classic movie poster art?

Let's end this post with an all-time classic, courtesy of Saul Bass: 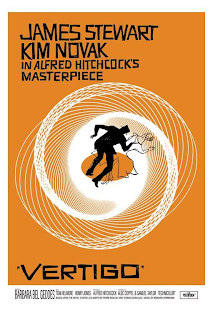