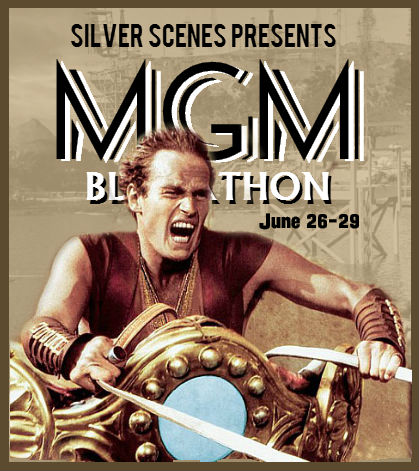 Metro-Goldwyn-Mayer is without doubt the most famous of all Hollywood movie studios. Most film buffs consider MGM to be the cream of the crop, the ultimate example of a classic cinema factory. When I decided to participate in this MGM Blogathon, I wanted to write about a film that epitomizes everything that MGM stood for--a production that had lush art direction, beautiful cinematography, major leading stars, and a famous story. The film that I have chosen is 1944's GASLIGHT, directed by George Cukor.

GASLIGHT is based on a British stage play by Patrick Hamilton. The play had already been adapted to the screen in a 1940 English film. The MGM version expands upon the play, and it is far more luxurious than the original film version.

Ingrid Bergman plays Paula Alquist, the niece of a famous opera singer. Paula's aunt was murdered in her own London home, and after the crime Paula was sent abroad to train to be a singer. Paula meets and falls in love with the mysterious Gregory Anton (Charles Boyer). After the couple is married, Gregory convinces Paula to move back into her aunt's London townhouse. The house has an effect on Paula, as does the strange behavior of her spouse.

It will not be much of a surprise to know that Gregory killed Paula's aunt, and he is trying to drive Paula insane so he can get control of the house and the treasure that he thinks is hidden there. GASLIGHT isn't really much of a mystery--almost from the beginning Gregory acts suspicious and Paula acts emotionally fragile. The real suspense in the film is observing Paula being mentally abused by Gregory. Bergman plays it to the hilt (she won a well-deserved Best Actress Academy Award for GASLIGHT), but she never goes too far over the top. Bergman's situation--and her beauty--make the viewer worry about her plight.

Charles Boyer is particularly cold-blooded as Gregory (some say he's a bit too obvious). Director Cukor goes out of his way to show that Gregory, if anything, is even more emotionally disturbed than Paula. The climax, in which Paula is given a chance to turn the tables on Gregory, is an all-time classic MGM moment.

In the original play and film of this story, the role of the Inspector was played by a middle-aged man. In the MGM version the middle-aged man is changed to the very younger--and very un-British--Joseph Cotten. This allowed MGM to showcase three major stars instead of two. I wouldn't say Cotten's presence ruins the story....but if the role of the Inspector had been played by one of the many character actors under contract to MGM, the Inspector might have been a bit more interesting. (What's really interesting is how MGM cast three of the most non-English stars available in a British period thriller, and made it work.)

The supporting cast is well up to MGM standards as well. Dame May Witty plays Paula's very noisy neighbor, and Paula's first meeting of the woman on a train reminded me of Witty's role in Hitchcock's THE LADY VANISHES. The other major supporting role proves that not only did MGM use major stars, they introduced several as well. Angela Lansbury, in her movie debut, plays the upstart maid Nancy. Lansbury all but steals the film, and she even nabbed a Best Supporting Actress nomination.

George Cukor is now remembered for being a "woman's director", and he certainly got magnificent performances from Bergman, Witty, and Lansbury. But GASLIGHT may be Cukor's most visually stunning film, thanks to the exquisite cinematography by Joseph Ruttenberg (who was also nominated for an Oscar for this movie). Ruttenberg's style here can best be described as "Victorian Noir". The art direction (which garnered an Oscar) and production design certainly helped contribute to the mood of this picture. Like most MGM films of the 1930s and 40s, GASLIGHT has a glossy, expensive look to it--the sets representing Paula's house are so filled with 1890s household bric-a-brac that it really feels that someone actually lives there. 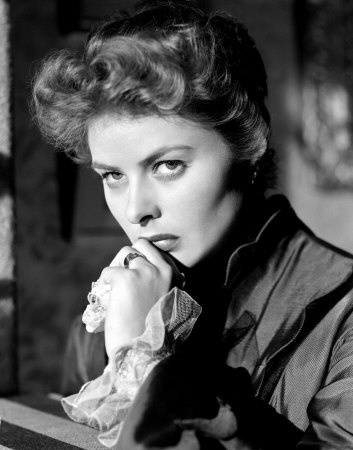